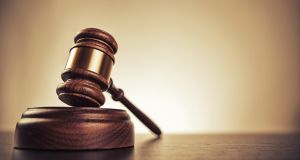 A dispute has arisen between two companies involved in availing of the State’s Immigrant Investor Programme, it has been claimed in the Commercial Court.

People who applied for a residence permit here have invested or promised to invest some €23.5 million in investments projects under a vehicle set up between Peppercanister Focus Capital, and Deke Holdings.

Peppercanister, Mount Street Crescent, Dublin is suing Deke, of Sir John Rogerson’s Quay, Dublin, over an alleged failure to perform a May 2018 share purchase agreement which provided for the sale by Deke to Peppercanister of shares in an umbrella-type collective asset management vehicle called GCI ICAV.

Peppercanister says is lodged €1 million in an escrow account for this purpose.

The share purchase agreement identified 37 foreign investors who had applied to the Irish Naturalisation and Immigration Service for a residence permit. The agreement states “those investors had subscribed or applied to subscribe €23.5 million in investment projects” sponsored by GCI.

When each investor who obtained or retained a residence permit, and who each agreed to invest in a specified project, a portion of the money in the escrow account was to be released to Deke.

A dispute arose between the two companies in relation release of monies notices for the escrow account.

Where there was a dispute about the release of monies, the parties were required to use reasonable endeavours to resolve the matter within five days, Peppercanister says. When this did not work, a barrister was to be appointed to determine the dispute.

A further dispute arose over the the barrister to be appointed to resolve this matter.

Peppercanister says Deke has frustrated the dispute resolution process as required under the share purchase agreement.

As a result, it brought proceedings which were admitted to the Commercial Court on Monday by Mr Justice David Barniville.

It seeks an order for specific performance of the May 2018 share purchase agreement so as to require Deke to take all necessary steps for the appointment of an independent barrister to determine the dispute.

The judge was told that earlier efforts at mediation were not successful. He said it was hard to believe those efforts had not been able to resolve the matter in what appeared to be “a monumental waste of money.”

Adjourning the matter to next month, he urged the parties to engage again.