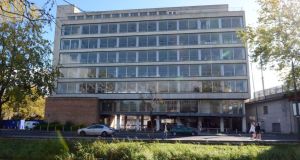 The main beneficiary from this will be the State, which accounts for about 70 per cent of the money owed to unsecured creditors. But also in the queue, after the exchequer, are the remaining junior – or subordinated – bondholders.

Most of the junior bond debt in Anglo was bought out at a significant discount after the scale of the bank’s losses became clear in 2010.

However, a number of bondholders objected to the punitive terms which Anglo tried to impose on those who did not sign up and they won the support of the London High Court in a 2012 decision. It is these bonds that still remain in play.

The outstanding value of the bonds is €280 million, inviting inevitable comparison with the water charges, due to raise roughly the same amount.

It remains unclear whether the bondholders will get anything and, if so, when. The first determinant will be what surplus is left after the sale is tied up. The State is first in the queue for any surplus, owed €1.1 billion in fees for the eligible liability guarantee. Also ahead of the bondholders are other unsecured creditors, including trade creditors and some credit unions and other who had bought Anglo bonds.

The subordinated bondholders are at the bottom of the queue. It is not clear whether Minister for Finance Michael Noonan can use his powers to direct the liquidator not to pay them – the court decision and company law could make this difficult.

The speed at which the liquidators will make a decision is also unclear, particularly as they have to see how the legal actions taken by the Quinn family pans out.

Noonan would, no doubt, like to see his €1.1 billion back, but knows the flak that will follow if the junior bondholders are seen to get a penny. It was the last thing anyone would have anticipated when IBRC was liquidated in 2013, when there were fears that the State might have to subsequently pump in yet more cash.