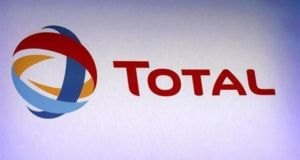 Total will pay $1.6 million to acquire a 40 per cent stake in two exploration licences in the Gainsborough Trough, a geological basin in Lincolnshire, east England, thought to be rich in gas. Photograph: Reuters/Philippe Wojazer

France’s Total SA will become the first oil major to invest in Britain’s fledgling shale sector when it announces plans today to spend about $50 million on gas exploration in the East Midlands.

Total will pay $1.6 million to acquire a 40 per cent stake in two exploration licences in the Gainsborough Trough, a geological basin in Lincolnshire, east England, thought to be rich in gas.

The deal will be seen as a big vote of confidence in the UK’s shale sector, which is being heavily promoted by the government . Ministers cite the big economic benefits shale gas has brought the US, where a surge in production has pushed gas prices to levels three-to-four times lower than in Europe. That has translated into lower energy costs for businesses and households and triggered a manufacturing renaissance in the US. The UK is believed to have huge shale potential. Recent estimates suggest there could be as much as 1,300 trillion cubic feet of shale gas lying under just 11 counties in central and northern England.

Even if just a 10th of that is extracted, it would be the equivalent of 51 years’ gas supply for the UK.

Total will commit to funding a $45 million exploration programme in the two licence areas, which cover 250sq km.

The existing partners, eCORP of the US, Dart Energy and UK-listed IGas and Egdon Resources, will remain in the licences but with reduced stakes.

The issue of shale exploration is highly contentious in the UK, where opposition to “fracking” is growing. Environmentalists claim the technique, which involves pumping a mixture of waters, sand and chemicals underground to break the dense shale rock and release oil and gas trapped inside, can contaminate groundwater.