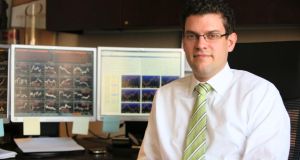 The Coalition is in no mood to shout about it but inspectors from the EU-IMF troika are back in Dublin this week for their second post-bailout examination of Ireland’s books. They’re just in time for tomorrow’s relaunch of the contentious water charges regime – and a rather unseemly coarsening of the anti-charges campaign by some in the front line of the protest.

It’s all a little less tranquil than during mid-bailout inspections, when the dreaded triumvirate had a good deal more sway over Irish policy and the mood on the street was quieter. Indeed, US bond investor Michael Hasenstab, who made a killing on Irish debt when few others would touch it, says the sense of relative calm figured in his fabled big bet.

“Walking the streets of Ireland, even though things were tough, at the same time Occupy Wall Street was happening in the US, there was a social cohesion in Ireland,” he told the Wall Street Journal two days ago.

After epic mismanagement of the water question, the relaunch of the initiative will not appease the most virulent of the protesters. After months of sustained pressure, however, the Government badly needs to regain the initiative and finally provide total clarity as to who exactly will pay what. At this late point in the debacle, a public tired of relentless retrenchment deserves no less.

While the sense of fatigue will be all too evident to visiting troika dignitaries, it’s still worth recalling the progress made since the crisis was at its very worst.

One year on from the bailout exit, the Government is on the cusp of paying back a fair chunk of the IMF debt. A slow-burn plan to start selling down the State’s stake AIB also appears to be taking shape.

Yet the troika still has its own checklist: banking matters, the resurgent Dublin property market, long-overdue legal reforms and wage pressures all feature. There’s plenty of unfinished business there.