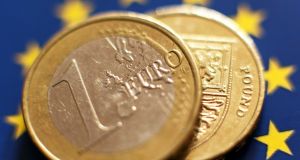 The Republic issued a swift rejection on Tuesday of the European Commission’s plan to remove national vetoes on matters relating to tax, even as Brussels moved to delay the implementation of the most controversial elements of the proposal to 2025.

“Taxation is a sovereign member state competence and decisions at [European] Council on tax matters require unanimity,” a spokeswoman for Minister for Finance Paschal Donohoe said in response to the Commission’s plan. “Ireland does not support any change being made on how tax issues are agreed at EU level.”

A number of other EU countries are expected to take a similar stance.

The EU Commissioner for Economic and Financial Affairs, Taxation and Customs, Pierre Moscovici, formally unveiled his blueprint on Tuesday for a transition to qualified majority voting on EU taxation policy matters.

The proposal envisages member states moving “swiftly” to developing qualified majority voting decision-making when it comes to measures that improve cooperation in fighting tax fraud and evasion, as well as issues in which taxation supports other policy goals, including fighting climate change and improving public health.

The Commission then envisages the introduction by the end of 2025 of qualified majority voting for voting on major tax projects, such as the common consolidated corporate tax base (CCCTB) and new system for the taxation of the digital economy, which it says “are urgently needed to ensure fair and competitive taxation in the EU”.

An original draft of the Commission’s proposal had a more ambitious timeline for the second phase – the end of 2020 – according to reports.

A Commission proposal last March for the introduction of a digital tax – levied at the rate of 3 per cent on EU-based digital sales of multinational companies – has been blocked by opposition from Ireland, Sweden and Denmark. France and Germany were the main proponents of the measure.

Meanwhile, a plan to tax financial transactions across the EU, proposed by Brussels in 2011, as well as Brussels’ longer-standing ambition for a CCCTB, have not progressed.

The Consultative Committee of Accountancy Bodies of Ireland said on Tuesday that the Commission’s latest proposal would benefit large EU member states and put small countries at a disadvantage.

“Many citizens in Ireland voted to support the Lisbon Treaty [in a second referendum in 2009] on the understanding that tax sovereignty is protected by the system of unanimous vote on tax matters and the basis on which the Irish ratified the treaty cannot be disregarded by the EU,” said Feargal McCormack, president of Chartered Accountants Ireland.