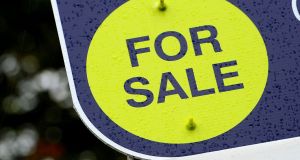 Home values in London will fall for the first time since 2009 next year on economic uncertainty resulting from the UK’s vote to leave the European Union, according to real estate broker Countrywide.

Price growth for homes in the capital will slow to 3.5 per cent this year and drop by 1.25 per cent in 2017, the Britain’s largest real estate broker said in a report on Monday.

“The vote to leave the European Union has unsettled the UK economy,” Countrywide chief economist Fionnuala Earley said by phone. Lower expectations of capital gains were already weighing on London’s housing market, she said, while the luxury-property market was being hurt by increased sales taxes and oversupply.

“The Brexit scare has just accelerated all of that,” she said. London properties are taking longer to sell this month, despite a summer price cut, as uncertainty surrounding how Britain will negotiate its exit compounds the dampening effect of the holiday season. Homes in the UK capital are staying on the market for five days more than in May, the month before Britons voted to leave the EU, property website Rightmove said in a report published on August 15th.The lull won’t last, however.

Countrywide expects greater London home values to rise by 2 per cent in 2018 as the economy improves and there is more clarity about how the UK will decouple from the EU, according to Earley.

Countrywide forecast that prime central home values will increase by 4 per cent in 2018. By the beginning of that year, the firm expects prices in that market to have fallen by 15 per cent since the market’s peak in 2014. “There are still severe supply issues which, together with a period of ultra-low interest rates, will act as a support for pricing,” Earley said. “As for prime central properties, after two years of falling prices they will begin to look attractive again.” Bloomberg

1 Ryanair and Aer Lingus monitor impact of conronavirus on travel to Italy
2 Bank leaked my loan request to family who tried to rip me off
3 Boris Johnson's new immigration regime will damage much more than industry
4 Mastercard to create 1,200 new jobs by expanding base in Dublin
5 Billionaire Zara founder and German funds vie for prime Dublin offices
6 Varadkar resigns amid warning impasse will hit the economy
7 Brendan O’Connor is back in the RTÉ big league
8 Nineteen staff made redundant by Nama share €1m
9 Garda mobile contract win causes concern over Eir’s use of Huawei kit
10 Google completes purchase of Treasury Building for €120m
Real news has value SUBSCRIBE