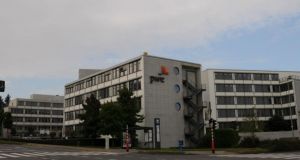 The correspondence between PwC Luxembourg and Luxembourg tax officials are what are called advanced tax agreements (ATAs) and provide comfort to people and companies that the transactions they are entering into will be treated in a certain way.

The correspondence between PwC Luxembourg and Luxembourg tax officials are what are called advanced tax agreements (ATAs) and provide comfort to people and companies that the transactions they are entering into will be treated in a certain way.

It is assumed that the other major financial services firms, such as Deloitte, EY and KPMG, who all have large operations in Luxembourg, have negotiated similar agreements for their clients.

The usual form is for the tax agent to meet with the tax official and outline what is intended, then to subsequently write a letter outlining what had been agreed at the meeting. The tax official then responds saying he or she agrees with the interpretations of the tax law as outlined in the letter.

A lot of the leaked PwC correspondence involves agreements reached with a former Luxembourg tax official, Marius Kohl, who has been widely reported in the media as having been instrumental in a large number of these agreements being reached.

Mr Kohl, who has been called “Monsieur Ruling”, is believed to have signed thousands of these agreements over the years, saving multinational corporations billions in tax. Luxembourg has benefitted because it s gets to tax a sliver of the overall transactions involved.

Mr Kohl, who retired last year, had sole authority at a branch of the Luxembourg revenue called Sociétés 6 to approve or reject the tax deals. Foreign companies flocked to the tiny country during his tenure because of the speed and ease of the approval process, local tax advisers have said.

“I could say ‘yes’ or ‘no,’ “ Mr. Kohl, the bearded 61-year-old with a ponytail, said in a recent interview with the Wall Street Journal, which he described as his first. “Sometimes it’s easier if you only have to ask one person.”

Luxembourg’s regime has been heavily criticised by a senior official with the Organisation for Economic Cooperation and Development, which is involved in drafting new global tax rules.

“Luxembourg’s wealth comes from helping companies not pay taxes in the countries where the value was created,” Pascal Saint-Amans said. “Instead of creating value, they create tax advice.”

Mr. Kohl usually hosted company representatives and their tax advisers in his large corner office at Sociétés 6. He would often go over several company dossiers with tax advisers in one sitting, according to the WSJ.

“We would meet him once a month, and if [a tax structure] was OK, you could basically do the deal right away,” said Marc Schmitz, head of taxation at the Luxembourg branch of Ernst & Young.

Mr Kohl regularly worked from early morning until 9pm. “I wanted to make sure everyone was served,” he said.

In his 22 years working in the job, he said, none of his superiors in the finance ministry, including the former Luxembourg prime minister and now head of the European Commission, Jean Claude Juncker, (who served as Luxembourg’s finance minister for two decades), questioned or criticised his approach at Sociétés 6. “I didn’t get any pressure from above,” Mr Kohl said. “I never had any problems with Juncker.”

Mr Kohl took early retirement last year. A team of six replaced him. Oral rulings are no longer permitted, and the waiting time can now be as long as six months, tax advisers told the WSJ.

Reflecting on his time at Sociétés 6, Mr. Kohl said he had no regrets. “The work I did definitely benefited the country, though maybe not in terms of reputation.”

Calls by this newspaper to Mr Kohl’s home met with no reply. Irish tax experts said that the Irish revenue does not hae a practice of issuing numerous agreements such as those issued by Mr Kohl, though it does issue tax guidance notes.