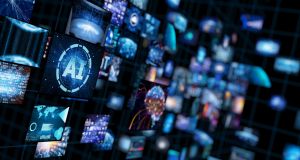 The Irish economy was ranked highly in a global index for tech exports and foreign direct investment. Photograph: Getty Images

The Irish economy is the 12th most innovative in the world, according to a new report that ranks Switzerland in first place.

The Republic fell two places since the previous edition of the annual Global Innovation Index, which is co-published by bodies including the World Intellectual Property Organisation (WIPO), Cornell University and Insead business school.

Switzerland, which maintained its top spot from the 2018 study, was followed in the global rankings by Sweden, the United States, the Netherlands and the UK. The top 10 was completed by Finland, Denmark, Singapore, Germany and Israel.

The Republic scored highly in areas such as foreign direct investment (FDI) and tech exports, but performed less well on investment in education.

The outsized contribution of multinationals to the Republic’s GDP is likely to have skewed the findings in other categories.

Among seven main headings that group together a total of 80 indicators, the Irish economy scored best on infrastructure, ranking fifth, and knowledge and technology outputs, for which it ranked sixth.

Its worst ranking among the seven headings was its 39th place for “market sophistication”, which covers indicators relating to credit, investment, competition and market scale.

The aim of the index, which ranks 129 economies, is to help policymakers better understand how to stimulate and measure innovative activity, spurring further economic and social development.

Despite signs of slowing economic growth, innovation continues to blossom, particularly in Asia, according to the authors of the report. However, pressures are looming from trade disruptions and protectionism, they noted.

“The Global Innovation Index shows us that countries that prioritise innovation in their policies have seen significant increases in their rankings,” said WIPO director-general Francis Gurry.