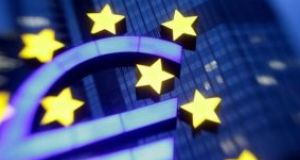 The euro-area economy ended 2016 with the strongest momentum in more than 5½ years, bolstering the region as it heads into a year of political uncertainty.

A composite Purchasing Managers’ Index climbed to 54.4 in December from 53.9 in November, IHS Markit said on Wednesday, reaching its highest level since 2011.

Strength in both the manufacturing and service sectors was due in part to a weaker euro, London-based Markit said in a statement. Economic expansion was signalled across the “big-four” nations, with Spain leading the way, followed closely by Germany.

Signs of faster growth could provide solid ground to the 19-nation economy as it heads into another year of potentially tumultuous politics. The European Central Bank decided in December to prolong its asset-purchase programme through the end of 2017 amid lacklustre underlying inflation and uncertainty from looming national elections and beginning negotiations on the terms of the UK’s exit from the European Union.

Since that decision, price pressures have risen alongside a surge in the cost of energy. Germany on Tuesday reported an inflation rate of 1.7 per cent for December, above economist estimates and close to the ECB’s target. Markit said input costs for the euro area surged last month to the highest level since mid-2011.

“The final PMI data signal an even stronger end to 2016 than the preliminary flash numbers, though whether this provides a much-needed springboard for the euro area’s recovery to gain further momentum in 2017 remains very uncertain,” said Chris Williamson, chief business economist at IHS Markit. “ Much depends on political events over the course of the next year.”

A gauge for services activity slipped less than initially reported in December, Markit said. A PMI for manufacturing jumped to the highest level since April 2011, according to a January 2nd report.