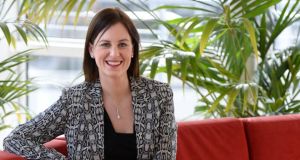 “Premature sell-out of businesses is an issue here,” muses Sinead Heaney, founding director of the €75 million BDO Development Capital Fund. She is referring to the lack of indigenous Irish companies that have become global players, saying too many businesses are opting to cash out early.

Ms Heaney, who is also a partner at accountancy firm BDO, is heading up the new €75 million fund to help mid-sized Irish companies accelerate their growth abroad.

“We would like to see more firms IPO. If we could help a company replicate CRH, Glen Dimplex or Glanbia out of this fund it would be a huge success for Ireland,” she says.

A development capital scheme was announced as part of the Government’s action plan for jobs in 2012, in order to close the equity gap being experienced by SMEs. Under the scheme, Enterprise Ireland offered to put forward €25 million for a €75 million fund. BDO jumped at the chance to create a fund. “We didn’t just want to bring in funding. We wanted to do something different. Thus we decided to do a partnership with companies and industry experts. We had a list of target corporates which we approached. Some of them turned us down for various reasons. Sean O’Driscoll of Glen Dimplex was the first to come on board and he helped us further develop the idea. He also supported us in approaching others.”

The fund breaks new ground for an enterprise investment fund, by bringing together a blue chip partnership of large Irish companies and industry experts who, together with Enterprise Ireland, will provide funding, expertise and international reach to help businesses expand abroad. The companies involved include Bank of Ireland, CRH, Glanbia and Glen Dimplex.

She is confident this unique approach will deliver real market results in terms of increased export sales and job creation. “This is the first time corporate Ireland has backed a fund like this. We didn’t just ask the companies for funding, we asked for their expertise and the ability to tap into their contacts in various markets.”

She says the fund will invest between €2 million and €10 million in around 15 companies over the next three years. Typically the investee companies will be mid-sized, with high-growth potential and annual turnover of €15 million to €50 million.

The chosen companies will have access to industry experts who have created, grown and developed Irish companies into international success stories. These include former Creganna-Tactx chief executive Helen Ryan, Euristix founder Dr Jim Mountjoy and Alan Crosbie, former chairman of the Irish Examiner .

“A number of proven experts, like former Kerry Group CEO Denis Brosnan, will also be on hand to investee companies to act as mentors.”

She says the application process is very informal, adding that companies can make initial contact by phone. “Companies feel there is a very procedural approach to applying for funding. Usually they have to fill out lots of forms. With this fund, they can contact us by phone. We will give them an answer in 10 days.”

She says investments will typically by equity investments meaning a shareholding will be taken in the company.

“We have to have a flexible approach though as this is about creating jobs and helping companies export. So we might take preference shares instead.”

The development capital fund might be brand new, but Heaney is no stranger to investing in companies. For the last five years she has been the director of BES Management, a joint venture company between BDO and Davy, which has invested more than €130 million in indigenous Irish companies such as Boru Vodka, Glenisk, Green Farm Foods and Helix Health.

During that time, she noticed the desire for funding far outweighed available money, with companies needing alternative sources of financing to the banks.

“We were very aware of numerous companies that need funding to bring them to the next level. With BES the maximum level of investment was €1 million … with the capital development fund we will invest between €2 million and €10 million.

“If an acquisition opportunity comes along, they will have the funding needed. It will help them become more competitive on an international level.”

She says an increase in VC funding in the last few years has boosted the number of start-ups in Ireland.

“There was a gap in funding until the VCs came in. The arrival of more VCs over the last few years has hugely helped entrepreneurship in Ireland.”


Word up Sinead Heaney on . . .
THE GLASS CEILING
“I don’t think a glass ceiling exists, but maybe because I haven’t experienced it in my career. I’ve progressed very quickly at BDO.

In fact, BDO even had an emergency childcare service for parents for several years. “It was brought in back in 2003/2004 until around 2008 but I think only two staff members used it during that time.

“ Feedback has indicated that what is of higher importance is flexibility around maternity leave and the use of parental leave and hence that is where the firm’s focus is now.”


CORPORATION TAX
She believes the OECD’s base erosion and profit shifting (BEPs) proposal, which is seeking to close tax loopholes and avoidance schemes such as the “double Irish” and “Dutch sandwich”, has the potential to impact quite significantly on how international businesses conduct and report on their activities.

“From an Irish FDI perspective I believe a drive to further increase transparency and possibly substance should ultimately prove beneficial.”


THE FUNDS INDUSTRY
Does she think there is room for improvement in the funds industry?

“Although I welcome regulation, we’ve gone from one extreme to the other. We went from a lack of regulation to over regulation which is a challenge and a barrier to companies entering the market.”