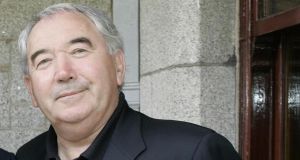 The National Assets Management Agency (Nama), moved to enforce loans of some €77m against businessman Harry Crosbie after he failed to disclose substantial assets to the agency when first asked to do so, the Commercial Court has heard.

A letter sent by solicitors for Nama in August 2012 said full and complete disclosure was a requirement of Nama’s January 2012 memorandum of understanding with Mr Crosbie and his “lack of candour” in dealings with Nama was “simply not acceptable”, especially when Mr Crosbie and related companies collectively owed Nama more than €420m.

Nama was terminating the memorandum, reserving all its rights and wanted Mr Crosbie to take various steps, including resigning directorships of companies and sell various properties, the letter said.

Michael McDowell SC, for Mr Crosbie, argued Nama is now effectively seeking to bankrupt his client and is not entitled to summary judgment for some €77m against him.

Nama is bound by an agreement set out in a letter of August 24th 2012 relating to management and disposal of assets and liabilities of Mr Crosbie and companies connected with him, counsel said. Nama obtained some €35m from the sale of assets under that agreement but and was now seeking to resile from aspects of that agreement, he said.

The agreement is the basis for Mr Crosbie’s defence to the summary judgment claim and he is entitled to a full plenary hearing, counsel said.

Mr Crosbie also rejected claims by Nama he had misled it as to whether he had unencumbered assets, Mr McDowell said. It was very clear Nama was trying to go after all assets of Mr Crosbie and his family despite its agreement, counsel added.

Under the August 24th 2012 agreement, Mr Crosbie, his wife and son resigned as directors of several companies and Nama agreed to release charges and any claims by it concerning Mr Crosbie’s home at Hanover Quay, Dublin or the home of his son Simon.

The businesses of two companies were also to be transferred to Simon Crosbie for “nominal consideration” subject to sale of sites in Dublin Port, with proceeds to be given to Nama. Harry Crosbie was also to sell property in Dublin Port to Dublin Port Company.

The agreement also provided, without prejudice to Rita Crosbie’s claim to full ownership of a property at Eze, France, Mr Crosbie would try to sell a 50 per cent interest in that within 18 months. The agreement stated Nama would not object to the proceeds of sale being used to discharge Mrs Crosbie’s debts relating to her house in Wexford.

Mr Crosbie was to arrange for sale of three apartments in Villefranche sur Mer, France and for his 45 per cent of the sales proceeds to go to Nama. Nama was also to try and settle Mr Crosbie’s debts with KBC and ABN AMRO banks. The agreement also stated Nama has no interest in the property or business of Cafe H.

Paul Sreenan SC, for Nama, argued that agreement does not constitute a defence to the claim for summary judgment and said Nama had never relinquished its entitlement to call in the loans.

Having heard both sides, Mr Justice David Keane reserved his decision on the agency’s application for summary judgment.

Earlier, Mr Sreenan read documents in which Nama said it had believed Mr Crosbie had in February 2011 made full disclosure of his assets, debts, income and expenditure. In August 2012, the agency put to him various matters not previously disclosed to it, including cash payments to various family members following takeover by Nama of some €450m loans of companies linked to Mr Crosbie.

Of payments totalling some €1.39m to Mr Crosbie’s wife, Mr Crosbie acknowledged €740,000 of that arose from misappropriation of some €1.5m dividends of a company charged in favour of Nama, Nama said in a letter of August 2012. The agency regarded that as tantamount to diverting monies to which the taxpayer is entitled, it added.

Following acquisition of a property in Wexford in 2007, which Mr Crosbie asserted is held by his wife, Mr Crosbie spent more than €3.2m on that, Nama alleged. It also had concerns about the values attributed by Mr Crosbie to “chattels” and contents of properties.

The letter said Mr Crosbie also admitted having a 45 per cent interest in an investment property in France, details of which were not previously disclosed. It also alleged he did not disclose significant cash gifts to and assets purchased for his children or a “significant payment” to Mr Trevor Bowen. Accounts showed Mr Crosbie had drawn down some €7m over the years from 2008 from various companies in the connection and his statement of affairs given to Nama did not disclose funds held on deposit in Ireland and France, it added.

Given those and other matters, it was alleged Mr Crosbie had sworn an inaccurate statement of affairs “in a deliberate attempt to mislead Nama”, an offence under the Nama Act.

The letter also stated Mr Crosbie “has a history of withholding information”. When agreeing to make funds available to finding the Point Village development, Nama had asked Mr Crosbie if he had any unencumbered assets which could be secured in favour of the agency and he had repeatedly represented he had nothing to offer and his assets were already encumbered, it was stated.

Almost nine months later, when €32m had been drawn down for the Point Village, it emerged Mr Crosbie’s shareholding in Amphitheatre Ireland Ltd was unencumbered, the letter said. He also in August 2011 applied significant funds from an account in another company, charged in favour of Nama, to discharge a personal liability, it said.

Nama’s claim arises from personal debts of some €55m of Mr Crosbie and his guarantees of the liabilities of Shoal Trading Ltd and Ossory Park Management Ltd (OPML). The agency took over AIB loans of Mr Crosbie and his companies in 2010. It is not seeking judgment concerning other sums due under a separate €353m facility for development of the Point Village. Recourse for the €353m is limited to assets provided as security, plus an additional personal recourse amount.

Nama appointed receivers in April 2013 on foot of an unmet demand for repayment under the loans and guarantees. Earlier this year, it served a further demand on Mr Crosbie seeking payment by March 17th last of €77m.