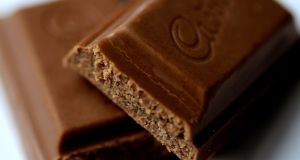 Shares of the company, which also reported second-quarter revenue that scraped past estimates and raised its dividend, were down marginally on Wednesday.

Ms Rosenfeld’s departure caps a tenure that included battling shareholder activism from Bill Ackman and Nelson Peltz and a failed bid for Hershey.

Mr Van de Put, a seasoned packaged foods executive with a resumé that includes stints at Coca Cola and Mars, will also become chairman after Ms Rosenfeld retires next March.

Mondelez said it picked Mr Van de Put due to his experience of working in both developed and emerging markets, and his recent success in driving sales more than 50 per cent at McCain Foods.

“Dirk is a seasoned CEO who has grown both top and bottomline in challenging circumstances,” Ms Rosenfeld told CNBC in an interview.

Ms Rosenfeld has been associated with the company for more than 11 years, first as the chief executive of Kraft when it bought Cadbury’s and then as the CEO of Mondelez after it was spun off from Kraft in 2012.

Her departure comes on a day the world’s second-largest confectionary company posted its biggest drop in revenue from North America since the spin off.

Weak demand for confectionary items such as biscuits and chewing gum hit overall revenue, which fell 5 per cent to about $6 billion.

Ms Rosenfeld told CNBC that a cyberattack that significantly compromised the company’s shipping and invoice systems during the last four days of the quarter had a “profound” effect on overall sales.

“It is taking us a bit of time to recover . . . I would not be looking for dramatic upside over the guidance we have given,” Ms Rosenfeld said.

The company reaffirmed its organic sales growth forecast of 1 per cent for the full year.