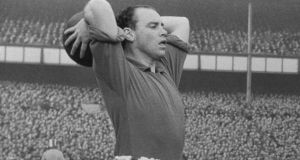 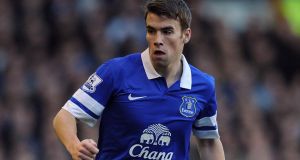 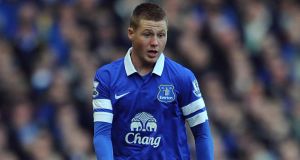 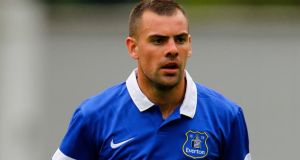 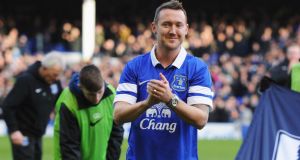 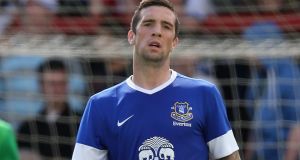 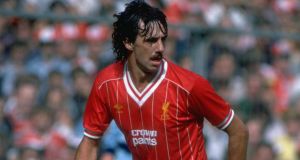 The money behind clubs like Chelsea and Manchester City might change things in the long term but, traditionally, it’s been possible to make a decent stab at guessing when a club with a strong Irish flavour to its team enjoyed a successful period in England simply by observing the ages of its fans here.

Leeds and in a previous incarnation Chelsea were good cases in point, with a glance at the faces who turn up for their friendlies here, or even matches screened in pubs, providing an insight into their history almost as revealing as rings in a tree trunk.

Everton, a club who signed its first Irish player, Jack Kirwan, way back in 1898 and employed a steady stream of them after that down the years, is right up there too.

Val Harris, an All-Ireland winner who cost £350 and Billy Lacey followed, both from Shelbourne, in the latter part of the next decade and the club continued to intermittently bring in talent from north or south of the Border here until the 1950s. They then opted instead to stockpile it. And they’re at it again just now, it seems, with Aiden McGeady’s arrival at Goodison Park making it five first-team squad members that Roberto Martinez has at his disposal even if one, Shane Duffy, is on loan at Yeovil.

Everton has been viewed by many (though not all) as Merseyside’s Irish or Catholic club but it was through the 1950s that it probably copperfastened its support base in Ireland. Arguably the greatest of the lot was Peter Farrell who played more than 400 games for the club after arriving in 1946 and captained the side through the middle part of the following decade.

Tommy Eglington, who arrived with him and stayed as long, made a major impact too while the likes of Tommy Clinton, John Sutherland and George Cummins all featured for the club too at the time.

Departing duo
The pair departed in 1957, a year before Jackie Carey took over as manager. But the former Manchester United star’s spell at the club marked an expansion of Irish interest with Peter Corr, goalkeeper Jimmy O’Neill, Don Donovan and Mick Meagan all becoming regulars.

Things seemed to be steadily improving under Carey but not quickly enough, it turned out, for the owners and in April 1961 he was infamously sacked in the back of a taxi cab. Of those, only Meagan was still around a couple of years later when, in 1963, an Everton side that also featured Billy Bingham claimed the club’s sixth title.

In the years that followed Kevin Sheedy was the standout Irish international at the club but that was in the 1980s, by which time Liverpool were making up lost ground. It is generally held that Ronnie Whelan was, in 1979, the first Irish Catholic to be signed by Liverpool, but over the course of the eighties the team acquired a distinctly green hue.

“Funny enough, I was told at one stage by someone that Everton was the Tory club and Liverpool was the Labour one, but I don’t think it would have made the slightest difference to me even if it had been true; I joined because they were European Champions.”

Steve Staunton, John Aldridge and Ray Houghton were just three others to whip up interest in Anfield on this side of the Irish Sea.

When he arrived at Everton in 2003 Kevin Kilbane had the distinct impression there was something Irish in the air on the blue side of Stanley Park.

“Actually, the first person to say it to me was the manager of my under-14s team in Preston who was an ex-reserve player at Everton,” he recalls. “But I definitely got a sense of it when I signed for them, that there was a big fan base over in Ireland and that they considered themselves a bit of an Irish club.

“I spoke to Séamus (Coleman) only last week and he was saying he can’t get over the number of the club’s fans that he runs into when he gets home. I guess that’s to be expected given the number of Irish lads that played for the club over the years.”

Certainly you can say it about Everton again these days with McGeady joining Coleman, Darron Gibson, James McCarthy and Duffy at the club. Their international pedigree, says Liverpool Echo Everton Correspondent Greg O’Keeffe, goes down well with a particular portion of the crowd.

“There’s an element with the older supporters,” he says. “Guys of my dad’s generation, of thinking it’s good to have good Irish lads at the club and I think they’ll probably give them that little bit of extra time to prove themselves because they want them to succeed. But with the younger supporters, the general attitude is ‘so what?’ ”

Proving to be a hit
The current crew, he insists, however, are proving to be a hit with fans of all ages. “Martinez has a lot of time for Gibson, he’s done well when he’s been fit, and while people aren’t too sure about McGeady’s time in Moscow they remember what he was like at Celtic and there’s excitement about him signing.

“Séamus, though, has been one of the outstanding players in the league this season; he’s been a revelation . . . there’s a real excitement about the way he plays the game.

“And I’d argue that James has proved to be one of the buys of last summer . . . people [were] asking why we were losing this proven international [Marouane Fellaini] . . . but spending so much of the money replacing him with someone who went down with Wigan . . . he’s actually shown that he has more to his game than Fellaini.”

They’ve a lot to contend with as a club given the riches their competitors enjoy but there might just be another cluster of Irish Blues on the way up.

1 Waterford turn Kilkenny upside down and inside out
2 Jim McGuinness: There is a way to save championship and make it competitive
3 Sordid murder of hurling brothers still resonates in south Galway
4 Waterford’s frenzied waves of attacks too much for Kilkenny
5 Klopp furious as injuries mount and VAR decisions prove costly
Real news has value SUBSCRIBE
Crossword Get access to over 6,000 interactive crosswords