Stephen Ferris fumes at ‘all over the place’ Ulster 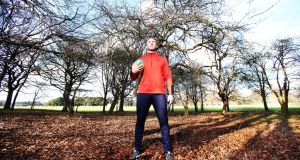 Former Ireland international rugby player Stephen Ferris: “They are the Arsenal of the Premier League. They are the underachievers.” File photograph: Leon Farrell/Photocall Ireland.

“There is just something not right,” says Stephen Ferris with more than a hint of annoyance in his voice. His old team Ulster are flopping one week, performing the next.

When you expect from them they lose, when you fear for them they win and it doesn’t seem to matter who the opposition are. But don’t ask because they don’t know themselves.

Fickle on the pitch and now also out of the European Champions Cup, there is no longer a hiding place for his views. The dander of Ulster, Ireland and Lions flanker is up.

“Eddie O’Sullivan calls it the bungee cord. Ulster are up one week, down the next.

“It seems to be like all the players are singing off different hymn sheets. Everybody isn’t buying into what the gameplan is. I didn’t see a gameplan on Sunday. There was no gameplan.”

In 2010, Ulster were ushering in a new era. The previous year a new stand at Ravenhill had been officially opened by first minister Peter Robinson before a match between Ulster and Bath Rugby.

Chief executive Shane Logan, who had just taken over from Michael Reid, spoke of Ulster at the top of Europe, a world class team in a world class facility.

That was seven years ago and the brimming optimism has dulled. Riddled with self-doubt, Ferris now sees world class Ulster as the lowest rung of the provincial ladder.

“Shane Logan’s words not mine,” he says. “We want to be top of the pile in Europe and the world and that was in 2010. They’re far from it, far from it. They are the worst-performing team in Ireland. They won one half of rugby from six, against 13 and 14 men of Munster over the interprovincial series. That gives you an indication of where this Ulster team is at.

“Shane Logan has to be made accountable for firstly making those comments and then when why that hasn’t happened. From those comments come expectations and fans are now remembering that in 2010, Ulster were saying we’re the best in the world and we have all this money in the bank. I’ve heard the best speech in the world about 15 times and it is wearing a bit thin.”

In hindsight, Ulster may look on the dumping of loyal South African scrumhalf Ruan Pienaar as hasty, the court cases of Paddy Jackson and Stuart Olding as unforeseen and the non-arrival of All Black outhalf Stephen Donald as convenient.

“For me, there’s something more behind it. We’re not in the quarter-finals of Europe, now he [Donald] is not coming over,” he says conspiratorially.

He sees more of a malaise, more discomfort at the heart of the club, Ulster further from their cultural moorings than they have ever been and still drifting.

Clearly hurting he says Ulster sometimes looks very Afrikaans and if not that a little blue. Like the Leinster academy. He says many of the players are Irish qualified but not from the red-bricked heartland.

He says Sean Reidy is from New Zealand, Wiehann Herbst from South Africa, Kieran Treadwell is English, Alan O’Connor and John Cooney are from Leinster and Christian Lealiifano from Australia. He could go on.

“You walk into the Kingspan Stadium and people are starting to talk about watching South Africa’s B team instead of watching an Ulster team,” he says.

It is easy to blame the coaches Les Kiss, Dwayne Peel and Jono Gibbes and Ferris does just that. They are, he says, like the top brass and team, simply not performing.

“It’s not good,” he says. “The pack go away to Connacht and get absolutely demolished. Jono Gibbes isn’t even there. He’s back in New Zealand eating his Christmas dinner. That doesn’t sit well with me. Everything just seems to be all over the place.”

Johnny McPhillips at outhalf is now an Ulster option. But the 20-year-old knows they don’t want him there because they wanted Donald.

In the coming weeks Rory Best and Iain Henderson will be with Ireland while other leaders such as Tommy Bowe, Andrew Trimble and Darren Cave are no longer first choice. There are hard weeks ahead.

“The Paddy Jackson stuff is hitting court this week,” says Ferris. “Who do Ulster look to for leadership? Looking from the outside in, it doesn’t feel like everybody is buying into what Ulster Rugby has always been about.”

He feels the contrast burning. And it’s just 100 miles down the road. Finally Ferris begins to purr.

“It would be very, very hard to not pick 15 Leinster guys in the Ireland team,” he says. “They’ve got a squad of players. You talk about a culture.”