Pivotal starting role beckons for either Madigan or Gopperth 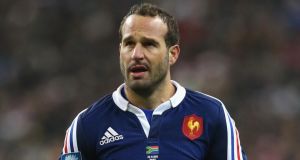 Matt O’Connor won’t publicly reveal his hand for Sunday’s Heineken Cup quarter-final against Toulon at the Stade Felix Mayol (4.30, Irish time) until tomorrow at lunchtime. The players already know who is starting and they have trained accordingly.

Last week’s injury concerns appear to have dissipated. Cian Healy, Jack McGrath, Martin Moore, Rhys Ruddock, Dave Kearney and Brian O’Driscoll have all hit the pitch in UCD in preparation for the province’s biggest game of the season to date.

Leinster coach, O’Connor, appeared to have some tough calls to make but a pivotal decision will be who wears the number 10 jersey. On three occasions last month against Glasgow, Zebre and last weekend, Munster, Ian Madigan was the starting outhalf and played the full 80 minutes.

Sharp eye
He scored 13, seven and 17 points in the respective matches, compiling admirable place-kicking statistics in the process. Leinster’s kicking coach Richie Murphy has been keeping a sharp eye on his progress and while he was non-committal about whether Madigan or Jimmy Gopperth would start against Toulon, he was satisfied with both players’ form.

“Ian (Madigan) has done very well. He had one or two loose kicks early on last week but he settled down well and ran the game particularly well. His goal-kicking is probably second to none now at this stage. He is right up there in the 80s, percentage wise. Last week he had one miss which he would expect to get and which we would expect him to get but as a goal-kicker he is as good as anyone.”

Murphy agreed that whichever outhalf is selected, they’ll be breaking new ground on a personal level in the tournament. “It’s a massive, massive week for both of them. Neither has started a Heineken Cup quarter-final before and they are going to be the men in there trying to run the team.

“Whichever one gets selected it’s going to be a massive challenge for them but I think it is one that both of them will relish. They are two fine, fine players in their own right and it is probably time for them to step out of Johnny’s shadow and stand up for themselves.”

Coincidentally in the Mediterranean port city of Toulon the Christian name Jonny casts an equally long shadow from which another player is trying to escape. It seems inconceivable that Jonny Wilkinson won’t start against Leinster but in Toulon’s last two matches the number 10 jersey was worn by Freddie Michalak and with some success.

Last Sunday, Michalak, scored 27 of his side’s points in a 32-28 Top 14 victory over Toulouse in Marseilles while in the previous game he chipped in with 11 of his side’s tally in a 22-16 defeat to Clermont Auvergne.

Michalak may start on the bench but he knows what it is like to face Leinster in a European quarter-final. In 2006 he played outhalf for Toulouse when Leinster stunned their hosts in a classic encounter. The French international is an admirer of the Irish province.

“It’s always special (to face Leinster), especially in a game that means so much. We know we have to improve (from the Toulouse match) if we want to reach the semi-finals and continue to defend our title.

“They are awesome, a team that contains 20 players, including (Brian) O’Driscoll who helped Ireland win the Six Nations. They have good momentum and we will have to be at our best to come out on top. The thing about the Heineken Cup is you are not allowed to make mistakes when you play the best in Europe. ” It’ll cut both ways on Sunday.

1 Ken Early: Why international football is fading into obscurity
2 ‘A radical departure’: Who are CVC and what are their plans for rugby?
3 Colin Kaepernick’s exile is too fresh for NFL to speak out on US protests
4 All in the Game: Nigeria bite back in war of words with Redknapp
5 Connell losing touch with club championship is real tragedy of Normal People
Real news has value SUBSCRIBE