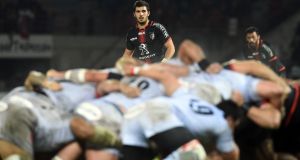 A conflux of historical precedent and statistical data illustrates the magnitude of the task facing Ulster at the Stade Earnest Wallon on Sunday.

The Irish province has never previously won in Toulouse – they did manage a 35-35 draw in 2000 – and since the beginning of the back-to-back matches in European rugby’s premier club competition they have managed to win both games only three times in 16 seasons.

Six times – against Biarritz Olympique, Leicester Tigers, Saracens, Scarlets, Stade Francais and the Scarlets again – Ulster played at home first and won before failing to repeat the trick the following weekend; they lost on five occasions and drew at Stradey Park (first Scarlets game) in 2008.

The bookmakers know their history. Ulster are 11/5 to win with their hosts 3/10, while those preferring the handicap option will note the visitors at plus seven points.

The mathematics may favour a Toulouse victory but few would have predicted the manner of Ulster’s stunning 38-0 victory at the Kingspan stadium on Friday night. The confidence extracted from that win will be a vital component that the Irish province must pack as they head for France: they must travel in expectation, not merely hope.

Ulster coach Les Kiss, wing Andrew Trimble and outhalf Paddy Jackson all acknowledged after the game that they would face a different Toulouse on Sunday. And Toulouse scrumhalf, Sebastien Bezy – who got a yellow card for a trip in the build up to Trimble’s try – offered an inkling of the feeling within his playing group.

“When you concede 38 points, there is a collective and individual responsibility for the rout. It is necessary for everyone to do their jobs. No one was up to standard and now it is necessary that everyone gets his head back in the place.

“The score says a lot. We were put under tremendous pressure. We realise that they almost scored every time they created opportunities.

“Our objective is to finish the competition with our heads held high. We have to make sure not to let Saracens or Ulster qualify easily. For our fans we must play right to the end.”

Toulouse will be without Louis Picamoles and Edwin Maka and potentially Gillian Galan and Imanol Harinordoquy, causing some issue with the composition of the backrow. They are also likely to change the make-up of the midfield following the poor showings from outhalf Luke McAlister and from Toby Flood in particular. Florian Fritz and Yann David may come into contention.

Coach Ugo Mola spoke about feeling “battered, outclassed and numb” earlier in the week but he’s promised that Toulouse will attempt to atone for an insipid performance in front of their supporters.

It was interesting to note Trimble’s words after last Friday’s game when he spoke about a number of players swapping ideas about where they felt tweaks could be made in the way they attacked Toulouse. This was less than an hour after the final whistle. Ulster were already looking ahead.

And if they care to look back? Well, it won’t be to some 15 years ago when they managed a 35-35 draw in Toulouse, scoring two injury-time tries at the end of the match through Jonathan Bell and James Topping, with David Humphreys’ conversion earning a share of the spoils. The only link to last Friday’s is Clement Poitrenaud, who was the fullback on both occasions.

Ulster know that defeat won’t necessarily debar them from progressing from the pool but as a statement of intent, victory would be doubly eloquent.