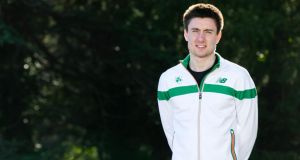 Ireland will have just two representatives at the World Indoor Championships in Portland, Oregon later this month, with Mark English qualifying for the 800 metres as one of the leading-ranked athletes, while Rose-Anne Galligan has qualified in the women’s 1,500 metres.

For English, the 1:46.99 he ran last month was just shy of the official qualifying time for Portland – where the championships take place from March 17th-20th: however he did qualify under the IAAF athlete quota scheme, and therefore will look to add another major championship medal to the silver won at the European Indoors in Prague last year.

Galligan, the national outdoor 800m record holder, set a personal best of 4:11.07 for the 1500m at the Athlone International and will be looking to put in a competitive performance. There is still potential for more Irish names to be added to the squad depending on the IAAF ranking list

“It is a small but elite team for the World Indoors due to the European Championships and Olympic Games this summer,” said Athletics Ireland high performance director Kevin Ankrom. “Mark is a championship racer and we expect him to do well in Portland. Rose-Anne has wintered well and it will be good for her 800m development.”

Athletics Ireland have also confirmed that Lizzie Lee (Leevale) and Paul Pollock (Annadale Striders) lead the Irish entries for the World Half Marathon in Cardiff on March 26th.

Lee will be the sole Irish woman in Cardiff due to the racing calendar and plans of the other leading Irish women. Fionnuala McCormack will run in the New York Half Marathon on March 20th before running over 10,000m on the track in Stanford on April 2nd.

Pollock will lead a full men’s team of five and will be looking to replicate his performance at the last edition of the championships in Copenhagen in 2014 where he ran a swift 62:10 for 30th – still his personal best for the event. Pollock will also use the event as a sharpener for the London Marathon on April 17th where he hopes to seal a place on the Olympic marathon team. Also named are Kevin Seaward (St Malachy’s), Segiu Ciobanu (Clonliffe Harriers), Sean Hehir (Rathfarnham) and Thomas Frazer (Crusaders).

“The world half fits in well with Olympic marathon preparation and should provide an excellent marker for our athletes,” said Ankrom. “Some weren’t available as they have recently raced a marathon or are focused on their individual preparations for the upcoming spring marathons.”