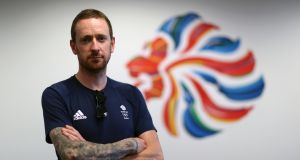 Bradley Wiggins and Chris Froome are among five British athletes whose medical records with the World Anti-Doping Agency have been leaked by computer hackers. Photo: David Davies/PA Wire

Bradley Wiggins has denied that controversial Belgian doctor Geert Leinders had any involvement in the decision to apply for permission to use a banned steroid to treat allergies before three major races.

Wiggins’ use of triamcinolone, the same drug Lance Armstrong tested positive for at the 1999 Tour de France, came to light when Russian hackers stole medical data stored by the World Anti-Doping Agency (Wada) and published it online on Wednesday.

The five-time Olympic champion has also clarified comments made in his 2012 autobiography that he strictly observed cycling’s ‘no needles’ policy, despite already having injections of triamcinolone before the 2011 and 2012 editions of the Tour de France, with a third coming shortly before the 2013 Giro d’Italia.

In a statement, a spokesman for Wiggins said: “Brad’s passing comment regarding needles in the 2012 book referred to the historic and illegal practice of intravenous injections of performance-enhancing substances, which was the subject of a law change by (world cycling’s governing body) the UCI in 2011.

“The triamcinolone injection that is referred to in the Wada leaks is an intramuscular treatment for asthma and is fully approved by the sport’s governing bodies. Brad stands by his comment concerning the use of illegal intravenous needle injections.”