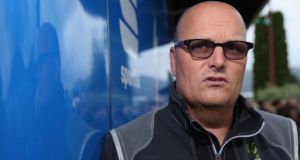 The report into claims of doping in Danish cycling was released on Tuesday by the country’s Anti-Doping Authority and National Olympic Committee after a two-and-a-half year investigation that collated material from more than 50 interviews.

It followed a similar U.S. probe that ended with Lance Armstrong, hitherto the sport’s global icon, being stripped of his seven Tour De France titles for doping offences and banned from professional cycling for life.

Riis, 51, won the Tour in 1996 and was feted during his heyday as the greatest Danish cyclist of the modern era, but he subsequently admitted having doped during his career.

He later managed Team Saxo, which competes on the main pro circuit, before being sacked by the rebranded Team Tinkoff-Saxo in March following a dispute with new owner Oleg Tinkov.

“Management, with Bjarne Riis in overall charge, has at a minimum had knowledge of doping within the team, but failed to intervene. It is completely unacceptable,” Danish Anti-Doping Authority director Michael Ash said in a statement on Tuesday.

Armstrong’s dramatic fall from grace in 2012 lifted the lid on a hitherto largely hidden culture of drug use within the sport from which Danish racing was not immune.

Morten Molholm Hansen, director of the Sports Federation of Denmark, on Tuesday criticised the “tradition of performance-enhancing drugs in cycling, which leads to a mentality that (such behaviour) is acceptable.”

“Danish leaders in the sport failed to respond to specific knowledge about their own riders’ use of doping,” the Authority added in a statement.

Tuesday’s report recommended that night-time testing of athletes should be introduced, that blood values from tests should either be delayed or not revealed to them and that a licensing system for team managers and doctors be introduced.

Jaksche confirmed the story to investigators, but Riis rejected the allegation.

With many revelations contained in the report dating back more than eight years, a statue of limitations for doping cases applies and no disciplinary charges can be brought.