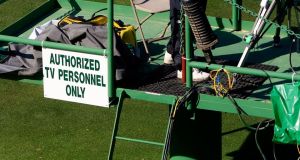 The fact that Sky Sports and Augusta National have endured an uneasy relationship in recent times is not exactly top secret within golf circles. Of greater interest is the extent to which their alliance can be retained: there is now a realistic possibility of the Masters vanishing from the subscription channel’s coverage in 2019. That raises the intriguing possibility of the tournament returning to BBC television for four days – as opposed to the present two – which would cause ructions all the way to the R&A and Open Championship.

Sky’s position is based on a desire to claim exclusive UK broadcasting rights of the Masters, a scenario it feels is legitimate after eight years of heavy investment in Masters coverage. Indeed, year on year, Sky has increased the scale of what is on offer from Augusta. Not all of it is to Augusta’s liking, with tournament organisers known to have different theories regarding how the Masters should be presented. Cynics may suggest the BBC’s “safe” approach is more in tune with Augusta’s sentiment.

Like so much in this corner of Georgia, where those in charge can do precisely as they choose with no concessions for anybody, Sky’s exclusivity demands have been met with cold shrugs. An event which generates $8 million from the sale of baseball caps will be unmoved by a relatively marginal increase in a broadcasting deal. Moreover, Augusta is known to highly value the free-to-air screening provided by the BBC for the final two days of the Masters. Reach is important.

BT Sport made brief Masters overtures last year but after unsuccessful meetings with Augusta National was never viewed as a credible option. While that may change, the onus would logically fall on the BBC to break with their recent sporting rights tradition and double their terrestrial coverage if Sky and the Masters cannot resolve their impasse.

The standoff for the 2018 Masters meant it took Sky until January to confirm it had secured rights. They were, however, only for a single year. When the Masters took place, Sky’s top brass – as was customary before – chose not to attend. If matters are to be patched up once more, it appears likely this will again be a late call.

Neither Sky nor the BBC comments on rights negotiations. The same applies to Augusta National, but it is known they deliberately work on short-term deals to leave leeway for market switches.

The R&A came in for ferocious criticism for taking the Open away from free-to-air television when Sky took over broadcasting rights from 2016. In its defence, the R&A insisted the commercial terms on offer made the deal a no-brainer and that golf's decline in popularity couldn’t be intrinsically linked to Open viewing trends. Martin Slumbers, the R&A’s chief executive, took a swipe at the BBC’s “tired and outdated” product when pressed once more on the situation at last year’s championship.

It would, therefore, be an embarrassment for the R&A should Sky’s alliance with the Masters abruptly end. That would only intensify if the BBC assumed fresh prominence with a Major championship held on the other side of the Atlantic. Sky’s strong marketing of a dedicated golf channel, which launched last year when no deal could be reached to present the US PGA Championship, could leave them with red faces.

It remains unclear who will broadcast that event – which will become the first as opposed to the last Major of the year from 2019 – in the UK. The BBC was criticised for its coverage last year but had a reasonable defence in the late notice with which the US PGA fell in its lap after negotiations between the PGA of America and Sky broke down. Sky was known to have more interest in the US PGA when it moves to a new date slot but may feel increased pressure to secure a 2018 deal with the Masters situation remaining delicate.

At a time when golf is battling hard for relevance, particularly with a younger generation, no media move takes place in isolation. Augusta’s fortunate position of being able to control every element of its destiny will inevitably have wider ramifications. – Guardian service