Mayo might benefit from taking the road less travelled 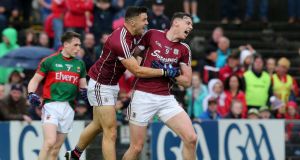 As we left Castlebar three weeks ago, in a state of shock and delirium, my brothers and I were debating just when the Connacht final was fixed for. After a series of guesses and estimations, I realised there was an answer lying in wait at my shoulder. I simply turned to a Mayo fan of my acquaintance, who was trudging out past me, and asked her if she happened to know . . . she sheepishly replied “July 10th – of course I know!”

Some championship defeats are more seismic than others. Her summer had been planned out with precision, with six dates ring-fenced in the diary. If they didn’t get to September, then fair enough, but everything up until the middle of August could be relied upon to proceed smoothly. Mayo in recent years had even taken to referring to each successive round of the championship as ‘Game One’, ‘Game Two’ . . . and to be fair that isn’t a criticism, just an indication that they had marked out every step of the route.

That evening in Castlebar was a vivid reminder of how a championship summer can veer off track. For Galway in the last few years, we’ve been in the championship right up until we’re knocked out. That could be the middle of June, it could the middle of July, or it could be the last eight, as it was in 2014 – each possibility as likely as the other. The train might get derailed at any stage, but really the championship experience was more akin to a rodeo. We were just waiting to get thrown.

Out of nowhere, Galway now have a final to look forward to. Many Galway people I spoke to were just delighted that we were relevant again after the Mayo game. The suggestion was that we were in bonus territory already. But as June turned to July, it became clear that as much as beating Mayo was important, Galway haven’t won a Connacht title since 2008. Lose next Sunday and the gap between provincial titles will be at its longest since 1954. All of a sudden, the need to beat another Division One team in Roscommon is starting to hit home.

Mayo are in action this weekend too, of course, but on Saturday, against Fermanagh in round two of the qualifiers. Where once there was certainty, now there is only the fog that descends on any man or woman who decides to sit down to figure out what the hell being on the A or B side of the qualifier draw really means. This is very much the road less travelled.

And for Mayo people, the qualifiers don’t hold too many happy memories. Their record since 2001 is five wins and five defeats, but their last back-door outing was a defeat to Longford in 2010 which signalled the end of John O’Mahony’s second term in charge and still ranks among the lowest moments in Mayo’s footballing history.

Some counties, including the one which Mayo face on Saturday, have been able to thrive in the rather strange circumstance of being in the qualifiers. For Fermanagh, getting beaten in their province isn’t a shock – in fact, it’s happened every time they’ve ever played in the Ulster championship. As a result, their ability to recalibrate in time for the All-Ireland series is finely tuned.

They will feel they didn’t play even close to their potential against Donegal in the Ulster quarter-final, and if they go looking for a line, in horse-racing parlance, they can point to a very creditable draw with Galway in Tuam last March as a sign that maybe they’re not too far off Mayo after all. Certainly if this game was being played in Enniskillen, Mayo would not be sleeping too soundly this week.

The Mayo supporters have seen plenty in the last 15 years, but they have yet to experience the rather thrilling sight of your county going on a run through the back door. With games every weekend, pitting you against unfamiliar opposition in unfamiliar grounds, this could be a lot of fun for them.

But it’s predicated on the one lesson that every team that has had success in the All-Ireland series has learnt – study what went wrong, for sure, but there comes a time when you have digested the painful lessons of your defeat to your neighbour, and you have to just let it go. Take your medicine and move on.

The summer was cleaved wide open in Castlebar in June – and opportunity knocks now for both Galway and Mayo. The confidence with which they take their next step could yet leave them both with a big say in the championship this year.

1 Kevin Babington: Learning to live again after life changed forever on Long Island
2 Diminished Dele Alli shows the gulf between talent and expectation
3 Matt Williams: The sky is not falling in on Irish rugby - but Ireland do need a new plan
4 Tour de France: Every yellow jersey winner must feel guilty by some association
5 Can Thiago bring the right dynamics to save Liverpool from entropy?
Real news has value SUBSCRIBE