Designing the F-Pace: the story of Jaguar's best-seller

Jaguar's director of design, Ian Callum on his role in taking the F-Pace from a sketch to the top of the luxury car buyers charts

Leading the team of designers behind the F-Pace is Ian Callum, director of design at Jaguar

Ian Callum, director of design at Jaguar: “The ethos of the design is modernity - and youthfulness as well.”

The F-Pace is the best-selling Jaguar ever and, to win that title, it took 3½ years of dedicated design before the production build could begin.

Leading the team of designers behind its success is Ian Callum, director of design at Jaguar, a title he dreamed of holding most of his life. 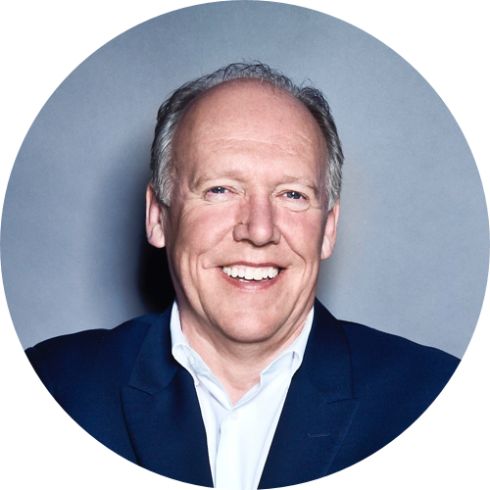 Born in Dumfries, Scotland, in 1954, he is an older brother of fellow car designer Moray Callum and he joined the Coventry-based multinational car manufacturer in November, 1999. It was many years earlier though that he made his first approach to the luxury car brand.

You first wrote to Jaguar when you were only 14. Tell us about that.

“Yes, I really decided to be a car designer when I was much younger. Way back in primary school time. Then, at the age of 14, I wrote a letter to the chief engineer of Jaguar, a man called William Heynes, who is quite a famous person in Jaguar history. I wrote to him asking for advice, sent him my sketches, and he wrote back and gave me some advice.

“He gave me the sketches back, and I still have them to this day. Although it was always an ambition of mine as a youngster to design Jaguars, it came about for me much later on in life at the right time, really.”

What is it like to work with such an iconic brand?

“Well, it’s a privilege for a start. I think one of the advantages I have is that I remember it when it was iconic in the 1960s, when I used to feel that Jaguar was one of the most exotic brands around. Of course, it was particularly exotic to me, because it was really the fanciest car that you would ever see locally where I lived.

“It’s a huge privilege to be working for Jaguar, but a greater privilege to be given the opportunity to change it around, and as I say, my advantage is that I understood the brand when I was younger.”

How would you describe the ethos of Jaguar’s design approach?

“I found when I first started, the ethos of the design was very conservative, it was retrospective, and it’s something I certainly didn’t approve of. The thing about design is, it tells a story, and if you give it a story of something that’s conservative, and perhaps let’s say slightly old-fashioned, the impression is that the car company is conservative and old-fashioned.

"Really, you couldn’t get further from the truth. We’re one of the most adventurous car companies in the world, and innovation was always at the very heart of our history. The ethos of the design is modernity - and youthfulness as well.” 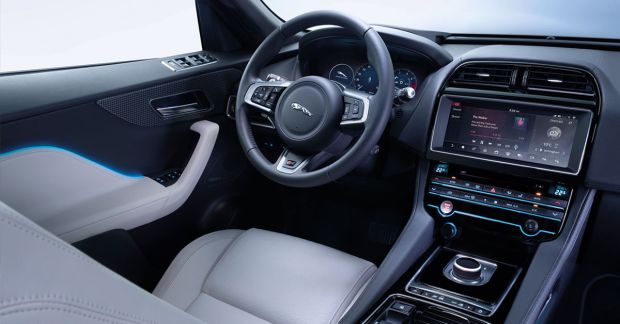 What was the process of designing the F-Pace like?

“It was very challenging. We as a team had never designed an SUV before. The thing I said to the team was ‘we’ve got a fantastic car in the F-Type, people recognise that as pure, modern Jaguar. Let’s pick up elements of it, unashamedly so, and translate them into the F-Pace’. Because that car, the F-Type, epitomises what Jaguar stands for. We started shaping the roof line, and the various proportions of the car, until it looked as dramatic as it could do for an SUV. The biggest compliment I’ve had is when journalists look at it, and say' ‘yes, it looks like a Jag, it feels like a Jag, it drives like a Jag. It must be a Jag!’ That’s what I wanted.”

Are you surprised by how successful the F-Pace has been?

“When it came out I said, ‘this is probably going to be the highest-selling Jaguar in history’, and it is proving to be that. Of course, the irony is, it takes us to do a truck, as I call them, or an SUV, before we actually get the sales that the brand deserves, but so be it. Our ethos and our philosophy are intact.

“The question I always ask myself is: William Lyons, who of course is the founder of the company, would he approve? The answer I come back with myself is yes, absolutely. We have not devalued the brand values whatsoever. They’re still fully intact. It’s just reformed in a slightly more practical way.”

“In terms of design, in terms of the make-up that we’ve created over the last 10 years, starting with the recent XF, it is evolutionary, because you see the visual cues running through it. In terms of the type of car we’re doing, clearly it’s a revolution for Jaguar, because we’ve never done this one before.

“From a design ethos, it’s evolutionary. Part of the reason for that is, if you look at the front of the car in particular, it looks like the rest of the family. I think if we put it off and did something completely different for the F-Pace, with no relationship to XF or XE, that connection would not be made.” 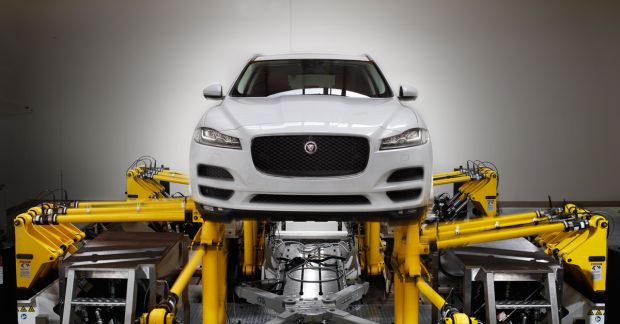 How long did you have to work on the F-Pace?

“Well, we had about three and a half years or so. That’s normally our timescale. Since I started many years ago with Ford, maybe 40 years ago now, my goodness, our timescale was like four to five years. Now we’re down to three-and-a-half years, from first sketches to reality, which is fast, considering how complicated a car is now.

“So, from the time we put our pencils down to finishing our design work, and make sure we signed off every part, it was about three-and-a-half years in all, our workload, but then we have to police it into production as well.”

Finally, what is the specific message you wanted to get across about the F-Pace?

“I just wanted to say that we really believe the brand is back to where it originally was meant to be. If William Lyons was here, I’m sure he would utterly approve of where we are, of what we’re doing. I just think that people should turn around and take notice of what we’re doing, because it is absolutely extraordinary what we’ve done in the last 10 years.

“We’re the fastest growing luxury brand in America by far, percentage-wise. Not just because of the F-Pace, but because the F-Pace has brought customers into dealerships, and they’re going out and buying the XE and XF.”