Plan your financial future and enjoy your dream retirement

Living life to the full costs, particularly in retirement, but 82-year-old musician Ossey Osmond is more than prepared for that 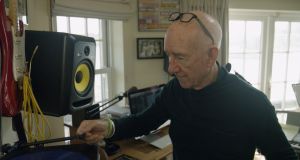 Picture this: you’re 82-years-old and well into your retirement years. In that time you’ve managed to set yourself up financially so that you can relax in your home in Fiji from December to April and then spend the rest of the year in your home in Kinsale in Cork. Then throw in the ability to travel whenever you so please.

This is pretty much the dream in terms of how many people view their retirement, but for Ossey Osmond - a former musician who was born in England - and his wife Roni Kermode, they’ve made it a reality.

So, how did Ossey come to realise that managing his financial future would pay off?

“After joining the Royal Air Force and working with them as an engineer, I spent 25 years in the band The Barron Knights, going under the name Barron Anthony,” says Osmond, speaking on Skype while on holiday in Auckland, New Zealand. “I did very well and had a property in London that I could afford to buy because we had a few hits. In 1978 we had a rather large hit record called A Taste of Aggro and everyone in the band got quite a large lump sum.

“But had we accepted it we would have had to give 40 per cent of it straight back to tax. So our accountant said ‘you’re not short on cash at this time, so I’d advise you to put it into a retirement policy. When I retired, after all those years of maturing, the policy was worth a substantial sum and I did very well out of it.”

“After that I went into band management and it didn’t go very well and I was super broke with nowhere to go,” says Osmond. “But I got into windsurfing and found myself teaching the sport for two years in Auckland in the winter, and doing the same in the Greek Islands during the summer.

“In 1985 when I was 51-years-old, we heard a talk by motivational speaker Jim Rohn and it inspired myself and my wife to set up a home health and nutrition business called Ultimate Health; as a result of managing that profit well, I have been able to wind down since I turned 70.

“I bought into the Jim Rohn story about improving yourself and designing your life and it stuck with me. Rohn’s ideas changed my life and helped me to grow. I went to dozens of his seminars after that. Every time I’m in a vehicle now I have one of his discs playing and I start the day reading something by him or somebody like him.

“Jim said ‘if you want to lead an inspirational life, you need to work harder on yourself than you do on your job.’ Constantly improving yourself in your 40s, 50s and 60s is crucial to being in the right place in your retirement.

“Within five years the business had gone so well we could buy a house in Oregon and spend every summer there. After 15 years we let that house go and by swapping capital we could buy our house in Fiji.

“We also wanted to move out of London after being there for 20 years so we sold our property there and bought a place in Kinsale and we’ve been there ever since. I fell in love with the Irish way of life. We put more savings into doing up the house and turned it into a bed and breakfast and that cleared the payments on the house.

“It took us 20 years to do all of this and now we’re very comfortable and very grateful.

“During this time Roni and I set up retirement funds and also invested money in stocks and shares. We also trained other people on how to run their own health businesses, which also gives us an extra income.

“We’ve also been able to rent out our property in Fiji when we’re not there to make more money.”

Osmond also attributes his ability to make such good investments down to getting himself in shape physically and mentally. “I lived the rock and roll lifestyle in my 20s and 30s, but in my 40s I started to buy health food magazines and changed my eating habits,” says Osmond. “So by the time I was 50 I was living a completely different type of life: exercising, eating well and I gave up smoking.

“As a result of that initial investment when I was in the band, changing to a healthy lifestyle, paying off both houses, setting up retirement funds, investing in stocks and shares and also renting out our house in Fiji, we’re now financially independent and we can live the life that we’re living.

Investec runs a wealth management service that helps individuals to invest and plan their finances in order to allow them to be financially comfortable in their retirement years. Your pension fund is part of your family’s balance sheet that can pass on to spouses or children should you die before the maturation of a policy, so planning wisely is essential.

How these funds are managed is of vital importance and Investec offers the service of managing assets and client portfolios on a bespoke basis, working with clients individually.

In contrast to many pension investment companies, Investec works actively with clients to ensure that their finances are astutely used and wisely invested making sure their funds are used in a way that matches their risk profile on a case-by-case basis. The goal of this approach is to optimise their pension structure and tax relief.

This approach is based on how much clients put into the fund and when they begin to contribute  – the earlier the better.

Investec prides itself on being able to manage funds in the most appropriate manner given all of these varying elements so that clients can self direct their investments.

If you have questions or would like to discuss Investec’s wealth and investment schemes further please contact: