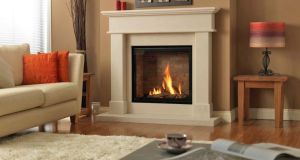 Gas Networks Ireland encourages homebuyers to choose a home with natural gas over other fuels for the long term benefits of convenience and versatility, with significant financial and carbon emission savings over oil, LPG or electricity.

With 674,000 satisfied business and residential customers throughout the country, the appeal of natural gas over other fuels has never been stronger.

Unsurprising, given that it’s one of the most environmentally friendly fossil fuels available as well as the fact that for homeowners there is no need to order, store or pre-pay and you have warmth and hot water in an instant. It’s also cheaper.

Gas Networks Ireland is already in 20 counties in Ireland, supplying over 160 population centres and is currently extending into Wexford Town and Nenagh in North Tipperary.

“It’s piped directly to your house and is always available so you don’t have to worry about ordering or running out when we get that cold spell. It’s also more convenient for people as they don’t have to write that dreaded big cheque and can instead spread the costs through smaller, regular payments through their gas supplier. There is also no chance of theft because it is piped discreetly to your home, unlike oil, and there’s no storage tank taking up valuable garden space. It’s cheaper than all the other fossil fuels too,” he says.

There is also the versatility of gas that appeals to those running a home.

“When gas is available people will opt for it because of versatility – for cooking, hot water and gas fires. Tumble drying is a significant one too, it’s a very efficient appliance with natural gas – over 65% more efficient than electric dryers, in fact. It can even power BBQs and outdoor gas lights.”

In terms of some misconceptions about gas and possible fears about safety, Holohan says, “we have one of the most modern gas infrastructure networks in Europe. We have renewed our entire network in recent years and the number of gas leaks we have are miniscule. We attend to the smallest incident within specified timeframes and are proud of our excellent safety record,” he says.

Holohan says he would encourage homebuyers to enquire about natural gas in any property or development they are considering buying, as expressing an interest will make builders sit up and take notice and offer natural gas in more developments. However, he adds that many building contractors already favour natural gas.

“In the last 12 months we were contracted to deliver gas to around 200 new building sites in Ireland, so that’s around 5,000 houses under construction.”

“We find the response is very quick. If you turn on the heat, in about 15 to 20 minutes your home is heated completely. There are other systems that are a lot slower and they’re running all the time. It’s very efficient and for cooking, my own personal thing is that it’s easy to control,” he says.

“It gives you more options by having it. If you only have the one supply, like electricity, you have no alternative. At the moment we find the gas great, I think it’s a good selling point.”

Holohan explains the process of switching to natural gas. “If there is gas on your street already, for example in urban areas where most people are within 15 metres of our network, it costs €250 to connect to the network. For converting the boiler and internal pipework a Registered Gas Installer will charge from €1,900. Most people are surprised at how little it costs to convert, whilst the benefits awaiting you are huge.”

In terms of the environment, something that is now high up many people’s agendas when it comes to purchasing a house, Holohan says gas is the cleanest fossil fuel, with the lowest CO₂ emissions.

“The use of natural gas instead of more polluting fuels has resulted in considerably lower emissions of climate changing greenhouse gases,” he says.

An emissions factor is a value that attempts to relate the quantity of a pollutant released to the atmosphere because of the type of energy that has been used.

Things look set to improve even further with the introduction of biomethane. This is a renewable gas produced from biodegradable matter such as food waste, sewage or energy crops.

Gas Networks Ireland plans to supply 20 per cent of Ireland’s gas needs with biomethane by 2030, which will significantly improve the sustainability of the natural gas network and reduce dependency on imported natural gas.

“We are committed to our environment’s future by ‘Greening the Grid’. Biomethane’s potential as a renewable fuel for heat, electricity and transport is well-recognised in response to the EU’s commitment to becoming a highly energy-efficient, low carbon economy,” said Holohan.

In terms of meeting Building Regulatory requirements, Holohan says, “In line with Part L requirements, it is possible to achieve an ‘A’ rated home without increasing the fabric cost of the building by using a combination of natural gas and other complementary technologies.

“Part L requires 10 kWh of thermal energy (per square metre floor area) to be generated renewably for use in the building’s heating or hot water system. Alternatively 4kWh of electrical energy can be generated – or a mix of the two.”

For those homebuyers choosing a home with natural gas the future is bright … as well as warmer, cheaper, greener and more convenient.