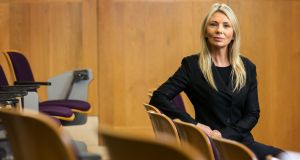 Our relationship with sugar has evolved over the years, but taxing it is nothing new. Indeed, Prof Gerardine Doyle, director of the Michael Smurfit Graduate Business School, refers to Adam Smith, the father of modern economics, who wrote in 1776, “sugar, rum and tobacco are commodities which are nowhere necessaries of life” which are “objects of almost universal consumption, and which are therefore extremely proper subjects of taxation”.

Smith identified sugar as a luxury item back then, but the ground has shifted greatly since then, according to Doyle. “The context is very different today. Particularly in light of the global challenge of overweight and obesity and the associated illnesses such as type 2 diabetes.”

Doyle’s interest in sugar and healthcare goes back to the very beginning of her career. “I studied pharmacology in UCD before moving on to KPMG where I trained as a chartered accountant,” she recalls. “I wanted to combine the two by working in a sector like pharmaceuticals. But then I fell in love with tax. I went on to become training manager and that led me back to academia where I did my PhD on the emergence of accounting innovations in a healthcare setting.”

Her research interests have continued to blend accounting, taxation and public health and she has been awarded funding exceeding €14 million for major comparative research projects addressing key areas of health policy and management over the years. She was the principal investigator for Ireland in the European Health Literacy Survey, which received three international societal impact awards.

“This was the first study of its kind,” Doyle notes. “People can be highly literate in a general sense, but their health literacy can be very poor. We provided evidence that 40 per cent of Irish people have poor health literacy and this has implications for the health service, with people presenting with higher levels of acuity to emergency departments instead of being treated earlier in a community setting. We were able to bring our findings to the Department of Health and that resulted in health literacy being identified as a priority under two action points in the Health Ireland strategy.”

Her latest research project sees her leading a study into the impact of the sugar tax which was introduced by the Government on May 1st this year. “The World Health Organisation [WHO] has been promoting taxes on sugary drinks since 2017 as a means of tackling childhood obesity,” Doyle says.

But that’s only part of the story. “Vulnerable groups tend to be over-consumers of sugar,” she adds. “People from lower socio-economic backgrounds too have higher average consumption. This is directly linked to health literacy. The issues are intertwined.”

She points to a WHO 2016 study which looked at the sugary-drink purchasing habits of school-going children. “They looked at the percentage who consumed soft drinks on a daily basis and produced a global heat map. Ireland came out in the 20 per cent to 40 per cent range. These things aren’t a treat any more. The study also found that Irish children are getting more than three times their daily calorie intake from added sugars as they should be. It should be 5 per cent and they are getting 15 per cent.”

The study will attempt to assess the impact of the tax on people’s health and behaviours. “We are trying to understand the before-and-after situation, so we can see changes in purchasing and consumption patterns,” she says. “We will collect and analyse data from immediately before May 1st, 2018, and every three months from then for a three-year period.”

While the impact of a few cent increase on the price of a bottle of lemonade may not seem sufficient to change behaviours, Doyle says the tax is already having an impact. “The signalling effect of the Government talking about the tax for the past two years has been important,” she points out. “Some manufacturers have already responded to that by changing the formulation of their products. For example, Ribena has cut sugar from 10g per 100ml to less than 4.5, Lucozade has cut it from 13g to less than 4.5g, and Pepsi has indicated an intention to cut its added sugar content by 20 per cent.”

She believes these actions combined with the publicity around the tax will help improve health literacy around the topic which in turn will affect behaviours. “It remains to be seen what the long-term impact will be, but even the discussion around the tax will make people more conscious of their sugar consumption and its consequences,” she concludes.