Does your employer fund a percentage of your pension plan? 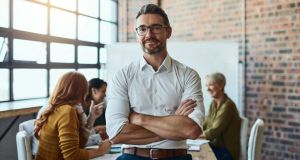 Mind the Gap: it’s about encouraging people to make that connection between the here and now and 30 years down the line

Salary may be the headline draw when applying for a job but a decent pension scheme is also a huge attraction, as part of an overall benefits package.

That’s according to Mark Reilly, pension sales manager at Aviva Ireland, who says a company that makes a contribution to a pension fund each month on behalf of its staff is at a huge advantage when it comes to hiring and retaining personnel.

With pension coverage in Ireland at only 42 per cent, Reilly says that if people don’t start saving for the future, there’s going to be a serious gap in their finances, come retirement.

“Assuming there is still a level of State pension in the future, ultimately if you don’t have other assets to call upon, you are going to be relying on the State pension which is around €12,000 per year. Even for someone on the average industrial wage of €38,000, for that to drop to €12,000 is a serious readjustment when you retire,” he says.

Ireland’s pension gap (the amount people are currently saving for retirement versus the income needed to provide an adequate standard of living in retirement) is currently the second highest in Europe.

Analysis carried out by Aviva last year found that Ireland’s pension gap has increased by 38 per cent since 2010 compared to an increase of 6 per cent across Europe. This equates to savings of €27.8bn needed to bridge the gap*.

Reilly says company involvement in pension schemes would really help to improve those numbers. If an employer is willing to fund a percentage of the employee’s pension and the burden is not all left to the individual to make those contributions, it will seem more attractive to them.

“Unfortunately many people don’t see the value of pensions there and then, but if they take a step back to see what it will give them in the future and what they have in retirement, they might think differently”. Reilly says it’s about encouraging people to make that connection between the here-and-now and 30 years down the line.

“That’s what our Mind the Gap campaign is about: to look at the financial position you’re in now and if you want to maintain that after retirement, what kind of fund do you need?”

Tools like Aviva's simple Mind the Gap calculator shows the amount you are currently saving compared to the income you will most likely need to provide an adequate standard of living in retirement.

Reilly says workshops and presentations to staff are also powerful tools to get people thinking about their pensions and if a company has its pension scheme with Aviva, in conjunction with a financial advisor, they will outline to staff the benefits of a pension scheme.

“It’s a great way to get across the benefits and you see a correlation with an increase in contributions or new members being added to the scheme after we present to them. Not many staff in a large company would have any kind of investment experience so you need to put in place a strategy that’s easy to understand and that will work for the majority of people.”

He says they are also seeing a lot more activity in the area of employers signing up for pension schemes and where an employer puts a scheme in place for staff, there is a requirement that the employer makes a contribution to it.

“The amount depends on how much the employer can afford. Some employers may contribute 5 per cent of an employee’s salary and invite employees to contribute a matching 5 per cent,” he says.

If and when auto-enrolment is rolled out in Ireland, there will most likely be an increase in employers signing up for schemes, Reilly says.

“With auto-enrolment, there will typically be a minimum amount that is contributed so they may go with that minimum amount. I’m sure a lot of employers will maintain the level of contributions they currently make because they do see the merit of pensions contributions as part of an attractive benefits package and if they were to reduce their contribution, they would lessen the attractiveness of the benefit.”

He says auto-enrolment will be beneficial as it will increase pension coverage up but it might not address the adequacy problem and therefore employees still need to think about upping or adding to their contributions in order to bridge that gap.