Another year, another bunch of legendary concerts guaranteed to thrill 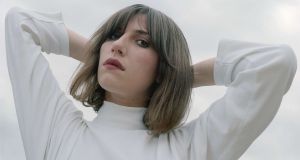 1. There’s diversity in them thar gardens.

Want blue-eyed soul old boys? A gender-fluid Aussie one-person show? A true Dubbalin legend? A legendary songwriter who has soundtracked our lives over six decades? You’ll find all these and more in the scenic surrounds of Iveagh Gardens over the next couple of weeks, as another year of the legendary concerts brings us another diverse bunch of artists guaranteed to appeal to one and all.

Daryl Hall & John Oates are the world’s biggest-selling music duo, even outdoing Simon & Garfunkel in terms of sheer hit-power. Their seemingly endless string of hits includes Maneater, Private Eyes, I Can’t Go for That, Rich Girl and Kiss on My List, so prepare for a night of singing along lustily to songs you forgot you remembered.

Tash Sultana has had a serious rise to fame since releasing their single Jungle in 2016 – get the joss sticks ready for this young titan of earth-rock. Damien Dempsey is always welcome back to the Iveagh Gardens, and we can expect another uplifting show from the Dubliner with the big voice and even bigger tunes.

But the grandaddy of them all will be Burt Bacharach, who will bring his enviable back-catalogue of worldwide hits (Walk on By, The Look of Love, I Say a Little Prayer to name but three) to the Iveagh Gardens. Don’t be surprised if one of his past collaborators such as Ronan Keating or Elvis Costello joins him on stage for a tune or two.

2. Get to the Gardens early and catch these superb support acts

I know, you like to stop in the pub before the gig just to get yourself in the mood to rock. But this time, give the pub a miss and head straight for the gig (they will sell drink there, so you won’t die of thirst) to catch the excellent support acts lined up to get things warmed up for the main event.

The Pierce Brothers – Jack and Pat – from Melbourne will be getting the crowd at the Tash Sultana gig jigged up with their high-energy folk. A Lazarus Soul, featuring Brian Brannigan, Joe Chester, Julie Bienvenu and Anton Hegarty, are the perfect opener for Damien Dempsey, as they will be no doubt resurrecting the ghost of Luke Kelly with their strongly Dublin-centric sound, as heard on their fab new album, The D They Put Between the R&L.

Aldous Harding, who is opening for Villagers, is a New Zealand singer-songwriter now based in Wales, and signed to 4AD Records. Born Hannah Harding in 1990, she has pedigree – her mother is acclaimed folk singer Lori Harding – and she’s got some fine tunes, as featured on her European Album of the Year-nominated Designer.

And if Limerick is looking for a worthy successor to The Cranberries, she need look no further: Whenyoung is a trio with their own sound and sensibility, and already making waves internationally. Now based in London, singer/bassist Aoife Power, guitarist Niall Burns, and drummer Andrew Flood blend the storytelling style of their home county with the effortless cool of their adopted city. They’re supporting Garbage, and are not to be missed.

3. Tash Sultana prefers the pronoun “they”

Their full name is Natasha Sultana, but the Australian-Maltese singer-songwriter identifies as non-binary, so when you’re singing this talented artist’s praises, make sure your pronouns are gender-neutral. Sultana is a “one-person band” whose musical multitasking makes Ed Sheeran look positively one-dimensional (er, thought he was already one-dimensional – Ed). Sultana may be the ultimate “earth-rocker”, with a hippy-Rastafarian sensibility, but they are also tech savvy, using YouTube and Bandcamp to spread the message, and releasing their music independently. Just remember, when someone asks you what you think of Sultana, made sure to reply, “They’re great!”

How did four lads from Westmeath go from indie locals to Iveagh Gardens headliners in just three short years? Easy – they used their noggins. From the get-go,the quartet of Craig, Dean, Matt and Stephen set out to establish themselves apart from the rest of the indie pack and give fans something different.

The foursome eschewed navel-gazing introspection and just went straight for the all-out singalong anthem, beginning with their Choice Music Prize-nominated single Different, which did the clever trick of reminding you of all your favourite indie tunes of the 21st century.

For their single Bear Claws, though, the band really put their brains together and did something no other band thought of: they exploited Facebook Live’s quirky delay to made a live-looped video of the song. This entailed painstakingly plotting out every millisecond, and making sure they got it right in one take. Any slip-up, and the loop would go out of sync and the video would be ruined. You’d need a degree in quantum physics to explain how they did it, but this feat of video-making has been surpassed only by the kings of the clever pop video, OK-Go.

While you’re enjoying great live music in the Iveagh Gardens, don’t forget that you’re not in any bog-standard venue. Iveagh Gardens are a jewel in Dublin city’s crown, so show some respect by not wrecking the gaff while you’re there. Established as far back as 1777, the gardens were the property of one John Scott, the 1st Earl of Clonmell (he added an extra L just because he could).

Scott was a well-known rogue, rake and roué also known as Copperface Jack, and he and his mate, the equally rogueish “Buck” Whaley, used to get up to all sorts of shenanigans in Scott’s “secret” garden. So, enjoy the gardens, treat the wonderful flora and monuments with the utmost respect, and don’t try to emulate the behaviour of those historical Harcourt Street bad boys.