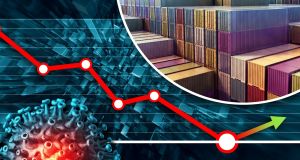 Covid-19 has had a big impact on the global economy, yet the Irish pharma industry was well prepared due to the nature of the business

Ireland is a globally-recognised centre of excellence for innovation and development in biopharmaceutical and pharmaceutical manufacture and supply, and the location of choice for the launch of new products.

Thirteen of the world’s top 15 medical technologies companies have international operations in Ireland, while all of the top 10 global drug companies have facilities here.

The industry has a huge impact on the economy with over 30,000 people directly employed and over 50 per cent of goods exports by value coming from the life sciences sector. In addition, the sector has invested over €10 billion in Ireland in the last decade, much of this in new or expanded manufacturing facilities.

Ireland is also one of Europe’s largest medical device hubs with more than 300 companies, including nine of the world’s top 10, employing 32,000 people.

“Nineteen of the world’s top 20 global biopharma companies are in Ireland and five of the world’s top eight selling drugs are made here,” says Dr Trevor Cadden, senior lecturer in operations management at Ulster University. “The 12.5 per cent corporation tax rate has been a major factor in attracting these companies, as has the 25 per cent R&D tax credit scheme. Obviously geographic location with proximity to the European market and easy access to the US across the Atlantic is another factor.”

The education system has played a role as well. “There is a lot of educational excellence around, with lots of universities offering biomedical science and other relevant courses,” he adds.

“The pharma industry has been one of the big success stories for Ireland,” says Padraig Keane, supply chain director, BMS. “Ireland is the third largest pharmaceutical exporter globally. Our first advantage in attracting the industry is us as a people. Our education system is widely recognised, and our people have travelled around the world and spread the word. A quarter of the graduates coming out of our universities now have STEM qualifications.”

He believes the concerted effort which has gone into making Ireland a good location for the industry has also been important. “There has been a national strategy and very much a team Ireland approach. Everyone comes together to make it happen, and we can see the value of that now.”

The industry in Ireland has successfully tracked global developments, and consistently moved up the value chain ever since its establishment here in the early 1960s. Back then the industry was principally involved in the bulk manufacture of active pharmaceutical ingredients (APIs) which were then shipped off to facilities in other countries where higher value finishing work was carried out. That is no longer the case, and Ireland is very much at the centre of global value adding activities for many of these companies.

“BMS has been here since 1964,” says Keane. “And we are very proud of our track record since then. We have a much more complex operation now than when we first started. For example, BMS made the decision to set up its Global Biolab here. All biologics are tested here, and they are all released to patients around the world from Ireland.”

“Our external manufacturing team is also located here,” says Keane. “This team looks after all aspects of our supply chain. We have external partners manufacturing on our behalf and the team manages them as well.

“Other aspects of the supply chain where we manage medicines at market level are based here as well. Ireland is now involved in our supply chain in every direction. The value proposition for Ireland goes right across the supply chain and the value chain.”

Covid-19 has had an impact, but the industry was already well prepared for it, according to Keane.

“The industry has to have a healthy sense of paranoia when it comes to its supply chains. We have to constantly look at what’s happening out there and prepare for various possibilities. Brexit is out there as well, and we have to look at its potential impacts.”

He says this level of preparedness is non-negotiable.

“We have to look ahead all the time, and have back-up plans and secondary sources. But there can never be any reason for complacency. Some people refer to the supply chain as the surprise chain and we have to be prepared for all eventualities.

“Ireland’s reputation is built on its flexibility, agility and our can-do attitude. And that is working in our favour today. It always goes back to the patient. We have to ensure doing the right things by them.”

“More and more companies are vertically integrating by buying their tier one and two suppliers,” says Cadden. “They see the value in owning part of the supply chain. They are bringing together different parts of the chain using systems integration.”

And they are still carrying out manufacturing here.

“Years ago it made sense to move manufacturing to where it could be done cheaper to countries like Poland, Brazil or China,” says Cadden. “Because of the high level of value add it can be done here. It is not a labour-intensive process and there is a lot of robotics and automation employed. It can almost be difficult to find people on the factory floor. That has allowed Ireland to become a centre of excellence.”