Super rich or super angry: where are you on Ireland’s income pyramid?

With half the population earning less than €28,500 a year, people are rightly angered at Ireland’s growing wage inequality 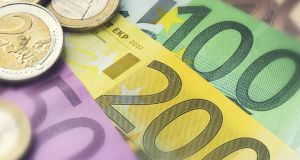 Many of us did not care how much others earned during the Celtic Tiger and bubble years. But now we are rightly angered about growing inequality.

How do your earnings compare to others? For the 1.9 million people at work last year, average annual earnings were €35,600. But it’s a bit more complex. This Central Statistics Office (CSO) data does not include many of the highest paid, eg many sole practitioners, doctors, accountants or solicitors in partnerships, nor the incomes – including gains made – of the very wealthy.

The data also includes the 450,000 part-time workers and is based on an average working week of 32 hours. Full-timer workers on 36 hours would have average incomes of about €40,000.

A more useful figure than the average would be median earnings – the amount earned by those right in the middle of all earners. The average is skewed upwards because a smaller number earn a great deal more than that earned by the majority of people.

Then there are those who are not at work, those who depend on welfare or are on occupational pensions. Of the two million tax cases, which represent 2.85 million adults, two-thirds have gross annual incomes of under the average earnings of €35,600. The top 10 per cent of tax cases, representing 200,000 households, report incomes above €75,000.

According to European Union survey data, in 2012 the top 10 per cent of households had 23.5 per cent of all income while the bottom 10 per cent had only 3.1 per cent. Revenue Commissioners data suggests a significantly higher concentration of income at the top in the Republic.

If you want to earn a good income, work for a large firm, get an education and join a trade union, for all three boost incomes, according to CSO data.

Public-sector workers are paid more than private even after their recent average pay cut of 14 per cent but have on average a greater level of educational attainment and qualifications.

The Taoiseach earns €200,000, which is the pay ceiling for top public servants, with the exception of chief executive posts within commercial State companies (€250,000) and the chief executive of State-owned AIB (€500,000).

Some 28,500 people – including thousands of graduates and postgraduates – applied for entry-level Civil Service jobs on a starting salary of just over €11 an hour last July.

This may seem generous but is modest compared with similar private-sector positions.

In the public sector all information on payments is available, while most private firms do not disclose anything about their pay policies, even to their employees. The big exception is those few companies quoted on stock exchanges. There we can get data on remuneration but only for the top executives.

It would take a person on the minimum wage hundreds of years to earn what the highest-paid Irish chief executives can earn in a single year.

Yet even these executives are not at the very top of the pyramid. We do not know what the bosses of private or unlimited firms such as Dunnes Stores or ABP Food Group earn.

At the apex of the earnings pyramid are the very wealthy who “earn” money even as they sleep. A lot of nonsense is written about the supposed richest “Irish” people who have nothing to do with this country other than having Irish passports.

On the other hand, Irishman Denis O’Brien has extensive interests although is not tax resident here. His estimated worth of €4.4 billion would have generated a capital gain income of €220 million last year at 5 per cent growth. It would take 6,875 years for a person on full-time Irish median earnings of €32,000 to make this sum. Ryanair chief executive Michael O’Leary’s reported worth of €450 million would give an annual income of €22.5 million in capital gains. It would take 703 years for a median worker to make this income.

The wealth of these super-rich individuals is in stark contrast to the median gross earnings of €28,500 for those working (including part-time) or the €32,000 of full-timers. Half of the population lives on less than these two figures. Those with some assets, houses and savings are better off. Where are you on Ireland’s income pyramid?

Paul Sweeney is chairman of the Tasc Economists’ Network. Cherishing all Equally: Economic Inequality in Ireland is published at tasc.ie