One for the archives – An Irishwoman’s Diary on literary records 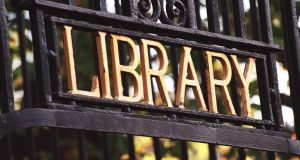 “What are we trying to do when we keep literary records? Is archive- keeping an educational, philanthropic gesture by an artist?” Photograph: Frank Miller

My friend the writer Philip Casey once organised his archive for deposit at the National Library of Ireland. For years, he’d kept everything, a chronology of a life in literature, marked and annotated, boxed and arranged to perfection. There was nothing sloppy or haphazard about this archive. So there it was – papers, letters, diaries, notes, digitised materials, and photographs– boxed and ready for the big van to collect on the city street where he lived.

But at the last moment a deus ex machina intervention descended on his day. A woman on the same street had gone into labour and was, apparently, “crowning’”. She needed to get to the Rotunda urgently, and so the driver and my friend assisted this deeply groaning, trying-not-to-push-too-hard woman into the back of the van, along with his precious creative cargo, and a quick detour brought them skidding to a halt outside the hospital entrance.

The baby was born, the archive was transported across the city, and all was well. A new baby in the world, and a new archive in the welcoming embrace of the National Library of Ireland

In comparison to my friend, I wasn’t always assiduous about record-keeping, but gradually realised I’d kept quite a record of letters and notes, for example, of acceptance slips and rejection slips, as well as the maybe-yes-maybe-no-slips from editors hedging their bets.

Now I keep most poem drafts, whether the poem’s genesis was on a ticket, a stickie, a notebook or on the laptop. Each draft is marked in the progression as D1, D2 and so on, until something is as as complete as I can make it. So, most of the poems in my recent collection Massacre of the Birds, are clipped into individual batches of drafts, then dropped into a deeply filled black box labelled Poetry 3. Some took a few drafts; others took about 18. A habit was formed early on, a chronology of each poem, each tweak, each print-out.

In the early days, many of the letters received were from supportive fellow poets and fiction writers I’d come to know, who offered kind words at times.

As all Irish writers know, the late Dennis O’Driscoll, who is eight years dead this December 24th, was an inveterate note-writer, his words serious, kind, entirely bent to what I took to be his enduring search for the pathway to genius in literary art, and all our archives are speckled with his wise words.

In the days following the death of Seamus Heaney, I wrote about the emotional day, its reverberating aftershock which united so many in grief. Also pasted in one notebook is a poem of loss from Éilís Ní Dhuibhne, sent after Dennis O’Driscoll’s premature death, and I also note with regret the sudden passing of Steve McDonagh of Brandon Books and more recently that of the great publicist Margaret Daly, whose work made such a difference to the lives of so many fiction writers. Such things matter. To intersperse them between the world of ambition and striving, they stand as balancing presences.

Here and there in the notebooks are my comments when editors don’t revert to me within a reasonable six-month period, and I admit to a weakness for occasional spiky cartoons of said editors, as well as the occasional stream of invective in my own hand. But there are pleasant inserts about short-listings and awards.

I also inscribe “Yes to all” following a cheering acceptance of a cluster of poems in a good Italian literary journal during the first lockdown. There are drawings – one inspired by the cover of a book by the late John Berger, of a bowl of green apples – and accounts of applications for residencies, including my successful one to the Centre Culturel Irlandais in Paris in 2012.

So what are we trying to do when we keep literary records? Is archive- keeping an educational, philanthropic gesture by an artist? Or is it simply a personal pleasure to occasionally open up the files and boxes to rediscover some stream of letters or emails between yourself and someone else, and see how het-up you both got about some now forgotten issue in the literary world? Perhaps, in the end, it’s up to the archivists and academics into whose hands such documents fall to shape the significance or not of what they find.