US court to hear case on Olympic coach George Gibney 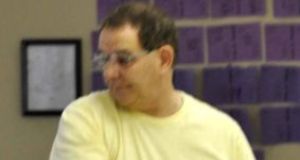 George Gibney, a former Olympic swimming coach who now lives in Florida, was charged in Ireland in 1993 on 27 counts of indecent assault and unlawful carnal knowledge of young Irish swimmers in his care.

An oral hearing into the release of documents regarding how Irish swimming coach George Gibney was able to acquire a green card for the USA will be heard next month.

Gibney, a former Olympic swimming coach who now lives in Florida, was charged in Ireland in 1993 on 27 counts of indecent assault and unlawful carnal knowledge of young Irish swimmers in his care.

He successfully won a High Court judicial review in 1994 which prohibited the Department of Public Prosecution (DPP) from pressing ahead with its case against him .

His lawyers successfully argued the case on two grounds, namely the delay in the offences coming to court and a lack of precision in defining specific incidents.

Gibney made a US visa application in 1992 and following the collapse of the case, which was not appealed by the DPP. He then fled Ireland, first to Scotland and then to the USA. Having moved through a number of states, Gibney now lives in Florida.

Irv Muchnick, a US investigative journalist who has pursued Gibney’s case in the US, successfully sued the US Department of Homeland Security (DHS) in July 2015 under the Freedom of Information Act, claiming it originally released only four of 102 pages he had sought.

He was subsequently granted access to more than 100 pages of the Gibney dossier, with many redactions . The final 20 pages of the file were withheld.

Original material released indicated there was a letter appearing to offer Gibney a job in swimming in the US.

Although the name and organisation of the sender and almost all of the letter’s content is redacted, what remains is “Dear George,” followed below by “... would be very interested in your services as coach to there [sic] team”.

It is not known if the letter is from an American team or club, or from an Irish citizen who was trying to broker the deal.

Oral arguments are expected to be heard by Senior US District Court Judge Charles Breyer in San Francisco on October 22nd. Judge Breyer had originally rejected the government’s motion to withhold almost all of the Gibney file from public scrutiny.