UK Politics: Labour must let go of its internal sanctimony 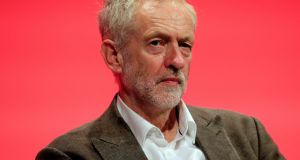 Any labour MP not sold on Jeremy Corbyn or on nuclear disarmament, or on Britain staying its hand in Syria is smeared as a Tory in denial who perspires with bloodlust

Steeped in electoral disappointment and internal fiasco, Britain’s opposition Labour party has always consoled itself with something stronger than gallows humour: righteousness. Conservatives may win but Labour people are better people. We know this because they tell us.

For many of them, the worst trauma of 2015 – a year that could not have been more harrowing had they piled into Volkswagen stock over the summer – was the challenge to that sense of moral supremacy by forces to their left. Scottish nationalists equated Labour with military belligerence and a craven sellout to Thatcherite England. Some defeated MPs resented this character assassination more than the loss of their seats in May’s general election.

Then it was the hard left, which surged into the party to support Jeremy Corbyn’s leadership bid, that switched on the white heat of hostility. Any MP not sold on the least electable leader in Labour’s history, or on nuclear disarmament, or on Britain staying its hand in Syria, is smeared as a Tory in denial who perspires with bloodlust. Moderates feel browbeaten. Some fear deselection as MPs.

The proper response is to wish them well in what will be a prolonged fight. When the Conservatives can shamble from a misjudgment on tax credits to a non-judgment on airport capacity and still caress a double-digit poll lead, Britain is in need of a serious opposition. Labour moderates deserve our support.

Many of them despised Margaret Thatcher (“The point at which all snobberies meet,” as the historian John Vincent described her) in ways that scraped the outer limits of taste. They summoned the same poison for Michael Gove as education secretary in the last parliament. They cited the proliferation of food banks as incontrovertible proof of Tory malignity, knowing it was not even a useful proxy measure of deprivation. They still pretend that the National Health Service, which has been run by Conservatives for most of its life, is only ever hours away from a vindictive privatisation.

Some of this is the sheer sport of politics. Some of it is more than reciprocated by Conservative blowhards. The rest is the unique moral arrogance of the left. It slowly kills Labour by blinding the party to swing voters – people who are by definition open to the Tories. It also corroborates Sayre’s law: that the intensity of a dispute is inversely proportional to the importance of the issues at stake. The reality of politics in a rich, modern country is that parties are squabbling over marginalia. Sullying someone’s character because he sees no role for local government in the oversight of state schools suggests a shortage of perspective.

For decades this has been going on, and for decades Labour has pretended it is normal.

If the party’s mainstream members are now victimised by the same culture of invective and moral invigilation, they should smile wryly at the cosmic justice of it all and expect no pity. There is certainly none from one adviser in Downing Street. “Now they know what it is like to be Tory.”

Labour is not a singular moral project. It is just a political party born of sectional vested interests we call trade unions. It is not made up exclusively of heroes. It is run by the public sector upper-middle class for a working class that it increasingly struggles to understand. And it has no special claim on the truth, just impulses that veer from the noble to the myopic.

Once the party gets over itself and accepts the Conservatives on the same footing, it might start to drain the culture of moral presumption that gives rise to abusive letters and threats of deselection from hysterical activists. Until then it will continue to fry in the fat of its own sanctimony, and deserve to. – (Copyright The Financial Times Limited 2015)