On the penultimate day of campaigning before Thursday's general election, Deputy Prime Minister, Nick Clegg, warns that if Labour or the Conservatives govern with a minority, there could be another election by Christmas. Video: Reuters 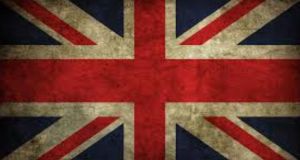 UK election: Labour focused on the National Health Service – predicting that hospitals could be forced to lay off staff in the year ahead because of spiralling debts.

Voters in the United Kingdom will be faced with a second general election before Christmas if the Liberal Democrats do not form part of the next government, party leader Nick Clegg has warned.

During yet another frenetic day of campaigning by all of the party leaders before Thursday’s voting, Mr Clegg claimed that minority Conservative or Labour administrations are doomed to suffer an early collapse.

Both would have to offer “sweeteners” to parties such as the Democratic Unionist Party, the Scottish Nationalist Party, or the UK Independence Party, but also to rebellious backbenchers in their own ranks.

Labour, for example, would have to bow to SNP demands for full fiscal autonomy for Scotland – where it would raise and spend all of its own taxes – while the Conservatives would have to cut overseas spending to buy off Ukip.

“If [they] try to stagger through with a messy and unstable minority government instead of putting the country first then they will risk all the hard work and sacrifices people have made over the last five years.”

Reflecting the increasing temperature in the final days of the campaign, Mr Clegg’s declaration contradicts his belief three weeks ago that the chances of a second election were “very remote”.

Then, he said: “With the fixed term parliaments Bill, it’s very unlikely. One thing that all politicians know in their heart of hearts is don’t keep going back to the British people to ask them to sort out a mess at Westminster.”

Meanwhile, Conservative party leader David Cameron focused on his strongest line of the last few days, warning English voters to turn away from Labour because of the influence it will give the Scottish National Party.

“Bribes. Ransom notes. Chaos. Not just for the week after the election. But for five long years,” he said, adding that SNP leader Nicola Sturgeon has made no secret of her strategy.

Laying down the foundation for arguments that will play out in coming days, Mr Cameron claimed that Labour leader Ed Miliband would have “a massive credibility problem” if he tries forming a minority government with fewer seats than the Conservatives.

Elsewhere, Mr Miliband focused on the National Health Service – predicting that hospitals could be forced to lay off staff in the year ahead because of spiralling debts.

Pointing to official figures, the Labour leader said two-thirds of hospitals are in debt to the tune of nearly £2 billion (€2.7 billion). “Today we discover the financial bombshell that he has kept hidden from everyone until now,” he told supporters.

In Scotland, the SNP has suspended two members, Piers Doughty-Brown and James Scott, who disrupted a Labour rally in Glasgow held by Scottish Labour leader Jim Murphy and comedian and actor Eddie Izzard.

On Monday, Ms Sturgeon said the demonstrations, which were organised by former SNP candidate Seán Clerkin, had nothing to do with her party but it acted against the two men.

In Belfast, Democratic Unionist Party leader Peter Robinson said a UK constitutional convention must be set up to agree on measures to ensure “a long-term stable and secure United Kingdom”.

“That’s why if we have any influence after the election we will make the creation of a commission on the union a non-negotiable requirement of any deal we enter into,” said the first minister.