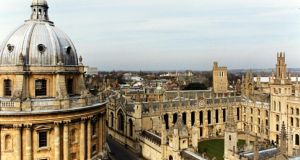 During the trial the jury was told the gang sexually exploited girls as young as 11 between 2004 and last year in the Oxford area. Photo credit should read: William Conran/PA Wire

A paedophile ring was found guilty today of a catalogue of charges involving vulnerable underage girls who were groomed for sexual exploitation.

Assad Hussain, 32, was convicted of two counts of sexual activity with a child.

Mohammed Karrar, 38, was found guilty of rape of a child under 13 and procuring abortion, conspiracy to rape, child prostitution and trafficking.

The verdicts were delivered at the Old Bailey at the end of a five-month trial during which the jury was told the gang sexually exploited girls as young as 11 between 2004 and last year in the Oxford area.

Verdicts were also being delivered on similar charges involving other defendants.