Obama says Sony ‘made a mistake’ in cancelling film 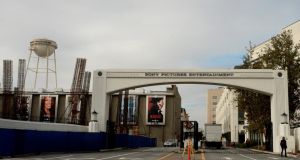 US officials are expected to formally identify North Korea as being behind the cyberattack against Sony Pictures. Photograph: Paul Buck/EPA

US president Barack Obama said Sony made a mistake in cancelling the release of its film The Interview under threat make by hackers in North Korea.

“We cannot have a society in which some dictator some place can start imposing censorship here in the United States,” Mr Obama said at a White House news conference.

“If somebody is able to intimidate folks out of releasing a satirical movie, imagine what‘s going to happen when they see a documentary they don’t like or news reports they don’t like.”

Mr Obama said he wished Sony “had spoken to me first” before making the decision.

“I would’ve told them ‘do not get into a pattern in which you’re intimidated by these kinds of threats and attacks’.”

The hackers caused a lot of damage and “we will respond” at “a place and time and manner that we chose”.

Sony has cancelled the scheduled December 25th release of The Interview,“ a film about a fictional plot to assassinate North Korean leader Kim Jong Un, after its computer systems were attacked and threats that cinemas showing it would be targeted.

Washington has called the strike against the Hollywood studio a matter of national security, but it has not formally blamed North Korea, despite indications earlier this week that the Obama administration could soon tie it to Pyongyang.

A US official earlier said an investigation into the hack has determined that North Korea was behind the operation, with a possible Chinese link.

The official, who spoke on condition of anonymity, said the conclusion was to be announced later by federal authorities.

The link to China was thought to be through the use of Chinese actors or Chinese servers to mask the origin of the hack, the official said.