Tension between EU and Israel over EU research funding 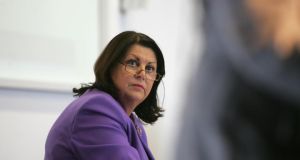 The EU department headed by Ireland’s EU Commissioner Maire Geoghegan Quinn has become embroiled in a controversy over the disbursement of EU funding to research projects linked to Israeli settlements in the occupied territories.

While Israel qualifies for inclusion in the EU’s science and research funding programme, from next year Israeli recipients will have to declare that EU grant money will not be used for activities in the occupied territories.

The new rules will form part of the next round of EU funding, Horizon 2020, a €70 billion programme which will govern EU expenditure on science, research and innovation between 2014 and 2020.

It follows reports that a recipient of EU research funding, Jerusalem-headquartered Ahava Dead Sea Laboratories, used some of the money it received from Europe in a factory located in the occupied territories. The current rules on the existing EU funding programme stipulate that only Israeli universities and companies that are registered within pre- 1967 borders of Israel qualify for funding.

Israel has reacted strongly to the decision to withhold funding from projects linked to the occupied territories, threatening to pull out of joint research programmes with the EU. Intensive discussions between EU and Israel officials took place this week in Israel and Brussels.

The United States has also pressed the European Union to postpone the introduction of the new rules, with US Secretary of State John Kerry raising the issue last week at the meeting of EU foreign ministers in Vilnius. However, EU foreign affairs head Catherine Ashton signalled last week that the EU may not be willing to amend the rules that have already been agreed, pointing out that the new rules simply formalised “what is currently the EU position”. “We of course want to continue having a strong relationship with Israel,” she added. The controversy comes at a delicate time for Israeli-Palestinian relations, as US-brokered peace talks, which commenced on July 30th, continue in the Middle East.

A spokesman for EU Commissioner Maire Geoghegan Quinn said that the European Commission was engaging at present with the Israeli government with a view to having Israel associated to Horizon 2020. “However, the European Commission has brought out new guidelines in July of this year concerning how EU programmes will operate vis-à-vis Israel and the occupied territories and these new rules must be reflected in any such association arrangement, “ the spokesman said.

Irish Labour MEP Emer Costello, who is chair of the European Parliament’s delegation to the Palestinian Legislative Council said it was crucial that the European Union does not bow to Israeli demands to soften the rules.

“Both John Kerry and the EU’s foreign policy chief Catherine Ashton have said the settlements are illegal under international law, therefore settlements should not benefit in any way, from any EU dealings in terms of trade or participation in EU programmes. I have no problem with e participating in Horizon 2020, but we have to take a very strong stance on the settlements,” she said. “ These guidelines were a long time in the making and are very very welcome.”

Maire Geoghegan Quinn, whose tenure as EU Commissioner comes to an end next year, is responsible for the European commission’s Research and Innovation portfolio. The department was one of the few areas of EU expenditure that saw in increase its allotted funding, when the EU’s seven-year budget, the mutli-annual financial framework was agreed earlier this year under the Irish Presidency of the Council of the European Union. The EU will spend up to €70 billion funding academic institutions, companies and individuals under its Horizon 2020 programme during the seven-year period 2014 to 2020, representing a 25 per cent increase in real terms from the previous seven years. Israel is one of a number of countries who have associated agreements with the European Union.