Nicknamed ‘Swiss machine’ for his prowess, he had won awards for his mountaineering 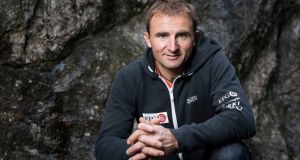 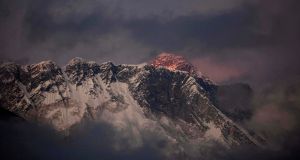 An experienced Swiss climber died on Sunday after he fell in the Everest region of Nepal during preparations to climb the world’s highest mountain, the first to perish in the current climbing season, officials said.

Ueli Steck (40) died after falling to the foot of Mount Nuptse, a smaller peak in the area, said Mingma Sherpa of the Seven Summits Treks company that organised Mr Steck’s expedition.

Mr Steck was in the area acclimatising ahead of a bid to climb Everest through the less-climbed West Ridge route and traverse to Lhotse, the world’s fourth highest peak - at 8,516 metres in May.

“His body has been retrieved and is being brought to Kathmandu,” Sherpa said.

Kamal Prasad Parajuli, an official with Nepal’s Department of Tourism, confirmed Mr Steck died while climbing Nuptse and that he had planned to attempt an Everest ascent.

He said Mr Steck, who climbed Everest in 2012, “slipped and fell 1,000 metres” in the Western Cwm along the normal route to Everest.

The incident took place near the route’s Camp Two, which is located at an altitude of 6,400 metres, Parajuli said.

A veteran climber of Mount Annapurna in western Nepal, the world’s tenth highest mountain, and several other 8,000 metre peaks, Mr Steck had won several awards for his mountaineering feats.

Along with two other European climbers, Steck was involved in a brawl with sherpa guides over fixing ropes in 2013. The altercation, which forced the climbers off the mountain, drew international headlines.

Last year, Steck and a German climber discovered the bodies of two famed American climbers, Alex Lowe and David Bridges, who were swept away in 1999 by an avalanche during their attempt to scale the world’s 14th highest peak, Shishapangma.

Hundreds of climbers gather at Everest base camp during the March-May climbing season as they prepare to climb the 8,850 metre Everest Summit.