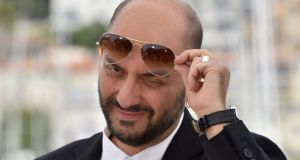 Russia’s Investigative Committee said on Tuesday that Mr Serebrennikov, who is known for his sharp criticism of Kremlin arts policy, would be charged with masterminding the theft of at least Rbs68 million (€1 million) from a theatre group in 2011-2014. If found guilty the director could face up to 10 years in jail.

It is expected that Mr Serebrennikov will be formally charged on Wednesday in a Moscow court, where the judge will decide whether the defendant should be imprisoned until his trial or held under house arrest.

Dmitry Kharitonov, lawyer for Mr Serebrennikov, said Russian police had detained the director late on Monday night in Saint Petersburg, where he was working on a new film, and taken him to Moscow under armed guard. During questioning at the Russian Investigative Committee on Tuesday afternoon, Mr Serebrennikov denied wrongdoing and dismissed the theft charges against him as “absurd”.

Russian investigators appear to have been building a case against Mr Serebrennikov since this May, when secret police raided the director’s Moscow home and the Gogol Centre in connection with the alleged theft of funds from Seventh Studio, a theatre group he founded in 2011.

Mr Serebrennikov was named as a witness in the case and continued to work at the Gogol Centre and on the production of an eagerly awaited film about the life of the Saint Petersburg-born Soviet rock star Viktor Tsoi.

Concern that investigators might yet target Mr Serebrennikov had been growing since early this month when authorities confiscated the director’s international passport.

Then reports emerged that Ms Maslyaeva had co-operated with investigators while in custody, alleging Mr Serebrennikov, Mr Malobrodsky and Mr Itin had created Seventh Studio with the express intention of embezzling state funds.

Pavel Lungin, a Russian theatre director, called on the arts community to protest against Mr Serebrennikov’s arrest as an entirely unnecessary act of “excessive, vengeful cruelty” by authorities.

“There is no need for this arrest,” he told the Echo Moskvy radio station. “Kirill is not going to run away, he’s not a dangerous criminal or a contrabandist.”

Boris Akunin, a Russian novelist, said the arrest of such an internationally renowned figure as Mr Serebrennikov could not have happened without the blessing of the head of state. “Let’s call things by their name. The director [Vsevolod] Meyerhold wasn’t arrested by the NKVD [the Soviet secret police] but by Stalin. The director Serebrennikov wasn’t arrested by the Investigative Committee but by Putin,” he wrote in a blog on the Eckho Moskvy website.

It would be a relief if the Kremlin’s public relations goal was to demonstrate “mercy from on high” and place Mr Serebrennikov under house arrest, he said. “If not it means that Russia has transitioned to a new stage of existence where new rules will be in force.”