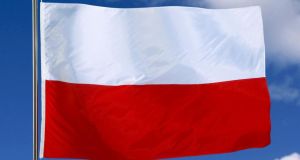 Facing growing criticism in western capitals, Polish prime minister Ewa Kopacz said Poland would accept as many migrants “as we can afford: not one more, nor less”

After a standoff lasting months, and ahead of a looming general election, Poland has indicated it will do more to assist with Europe’s growing refugee crisis.

The conciliatory signal comes after Poland and other central European countries vetoed a European Commission emergency plan to redistribute, throughout the EU, 120,000 people from Syria, Eritrea and other countries.

Facing growing criticism in western capitals, Polish prime minister Ewa Kopacz said Poland will “accept as many [refugees] as we can afford: not one more, nor less”.

Foreign minister Grzegorz Schetyna struck a more conciliatory tone in parliament, saying Warsaw recognised the crisis as a chance to show it is an “active” EU member that “helps solve problems, not create them”.

“Poland can afford to take an ambitious, courageous policy also in terms of refugees, asylum and migration.”

Along with other central European members who joined the bloc in 2004, Poland has refused to back Berlin’s demands for a new binding quota system for refugees.

Instead Warsaw has agreed to take in 2,000 people from Syria and Eritrea, from 2016 and over two years, far below the 9,200 additional people the Commission suggests it should accept.

Solidarity was the name of the trade union that brought down Warsaw’s communist regime and its legacy still looms large in modern Polish life.

The leading Gazeta Wyborcza daily dismissed the official line on refugees in a one-word headline – “Disgrace” – alongside images taken in 1981 in the Austrian camp of Traiskirchen.

Ms Kopacz has warned against drawing parallels between today and Poland’s recent history. Solidarity in this case, she said, means resisting external pressure from EU neighbours to allow Poland to make its own policy decisions based on its own capabilities and security concerns.

Her firm line is coloured by a divisive public mood – some 70 per cent of people oppose accepting any refugees or asylum seekers – and a general election next month.

Warsaw observers say that the government’s room to manoeuvre is limited given that Poland is as ill-prepared emotionally for mass-migration as it is organisationally, given its homogenous white, Catholic population.

The refugee crisis is a lose-lose issue for the ruling liberal Civic Platform government, likely to be ousted next month by the national conservative opposition Law and Justice (PiS).

“There is no more powerful aphrodisiac than the threat of the unknown and, with xenophobic propaganda, PiS politicians throughout the country are portraying refugees as a terrorist, Islamic threat,” said Eugeniusz Smolar, senior policy fellow at the Centre for International Relations in Warsaw.

Berlin was leading demands for mandatory quotas with no basis in EU law, he argued, to correct the consequences of its unilateral decision to open its borders to Syrians.

“Just as Germany has resisted such calls over the eurozone crisis, demanding that existing rules be honoured in spite of a radical change in circumstances since the 2008 financial crisis, so the east Europeans have a strong argument when they say that EU rules on refugees should simply be applied,” he wrote.

Beyond public opinion and the looming general election, Polish officials see the root of the current crisis in footdragging of western EU capitals’ refusal to back the common foreign and security policy as demanded by Warsaw and other central European capitals.

“We asked for that but Berlin, Paris and London didn’t want it – and now we have this,” said Mr Smolar.

“The German open-border policy has created havoc in Europe. ”