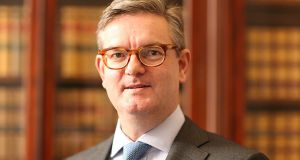 The diplomat will become Commissioner for the Security Union, tasked with beefing up the EU’s counter-terrorism role and taking action to prevent radicalisation.

Sir Julian, currently UK ambassador to France, was appointed by David Cameron in one of his final acts as prime minister to ensure that the UK had a place around the table at the EU executive in Brussels.

The vacancy arose after Jonathan Hill stood down as financial regulation commissioner following Britain’s vote to leave the EU.

He will report to the commission’s first vice-president, Frans Timmermans, who will have the final say over any legislative initiatives. Sir Julian will not attend ministerial meetings.

Dimitris Avramopoulos, the commissioner in charge of home affairs and migration, will represent the commission on security policy at meetings with EU ministers and in the European parliament, a decision seen as a snub to the UK.

Following the Brussels attacks in March, Jean-Claude Juncker, the president of the commission, said: “We need capital markets union, energy union, economic and monetary union, but we also think that we need a security union.”

Mr Juncker interviewed Sir Julian in July, and then spent some time “meditating” on the decision, according to a spokeswoman.

She said Sir Julian would have to deliver “very concrete anti-terrorism measures”, adding that “obviously fighting terrorism is primarily a member state’s responsibility”.