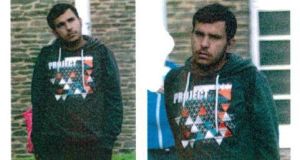 Saxony’s police and state government have come under fire after an Islamic State bombing suspect was found dead in his cell in an apparent suicide, before he could be questioned about his alleged role in an Islamist terror plot against Germany.

The death of Jaber al-Bakr (22), a Syrian allegedly planning to bomb a Berlin airport, has been dubbed a “fiasco” by politicians in Berlin, ending a chain of police mistakes and oversights in the eastern German state.

A prison trainee found Mr Bakr hanging in his cell at 7.45pm on Wednesday, two days after he had been arrested. Resuscitation efforts failed and he was pronounced dead 30 minutes later.

“This should not have happened, but unfortunately it has happened,” said Sebastian Gemkow, Saxony’s justice minister, insisting everything had been done to prevent the suicide.

But doubts about this version of events emerged at a heated press conference Thursday morning in Leipzig, where prison officials said the man, who had been building a suicide bomber belt, had not been put on suicide watch.

Prison authorities said a psychologist – with no experience with Islamist organisations – assessed the suspect as a low risk. Mr Bakr was not given special clothes or placed in a special cell designed to reduce the chance of self-harm.

And though Mr Bakr was one of only two Islamic State suspects in the German justice system, he had not been interrogated by the time of his death, as it took a day before a translator could be found.

Prison chief Rolf Jakob said the suspect was observed every 15 minutes at first, then every 30 minutes and finally every hour. When Mr Bakr told guards of a damaged light and socket in his cell, it was put down to vandalism.

In hindsight, Mr Jakob conceded that he and his staff would have to consider if they had been “too trusting” of the terror suspect, who had gone on hunger strike while in prison. “But we did everything according to the rulebook,” he said.

Federal prosecutors took over the investigation from Saxony on Monday, even though the alleged bomber had not yet been taken to a federal facility designed for terrorism suspects, such as Stammheim, near Stuttgart.

The apparent suicide was just the last in a series of slips that plagued the al-Bakr case.

After a tip-off from a foreign intelligence service, the Syrian man, who arrived in Germany early last year, was placed under observation last week in the eastern city of Chemnitz.

Special forces watched the his apartment. When they raided it on Saturday, they found 1.5kg of explosive and a half-finished suicide bomber belt – but no suspect. A man matching his description had been seen leaving a short time earlier.

Criticism of the supposedly undercover observation emerged subsequently, with neighbours of the man telling local media that even they had noticed the police watching the building.

Police issued a wanted notice for Mr Bakr and, two days later, three Syrian men in nearby Leipzig made contact. They had taken the man in, but had tied him up with electric cable after seeing the police warning on Facebook.

The dead man’s court-appointed lawyer, Alexander Hübner, said he was shocked by the news of Mr Bakr’s suicide. “I assumed he was being watched round the clock,” he said.

Saxony’s state premier, Stanislaw Tillich, gave his justice minister his “full support” on Thursday and criticised the “sweeping criticism” of the case before the full facts were known.

He was reacting to a hail of criticism directed at his government and Saxony’s police, described variously a “disgrace” and, in the case of Saxony, a “failed state” by opposition politicians in Berlin.

Saxony’s state prosecutor, Klaus Fleischmann, conceded that Mr Bakr’s death was a huge setback to their investigation. “It would have been a very nice addition to the investigation if al-Bakr had come clean,” he said.

“This is a setback for the investigation into other participants, backers and networks involved,” he said.