Lawyer says similarities between the two professions are striking 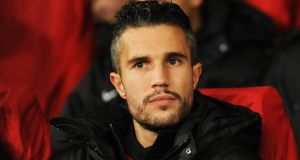 Manchester United’s Robin Van Persie: footballers enjoy a special pension scheme under which they are allowed to save up to €5,000 tax-free per month. Photograph: Reuters

Prostitutes in the Netherlands have begun lobbying for the same special pension rights as big-name Dutch footballers – stars such as Robin van Persie, Rafael van der Vaart and Ruud van Nistelrooy – arguing they too do “difficult physical work” during well-paid but short careers.

Their case has been put to the tax authorities by lawyer Wilhelmina Post, who says the similarities between the two jobs are striking: prostitution, like football, is best-suited to healthy youngsters, “and although the earning potential is high, by 40 you’d certainly aim to be doing something else”.

Prostitution has been legal in the Netherlands since October 2000, providing there is no coercion involved. And while the prostitutes’ case may seem unorthodox, the unique tax treatment of professional footballers does appear to set a legal precedent.

Because of high earnings, short careers at the top and the impossibility of staying in the job beyond a certain age, footballers enjoy a special pension scheme under which they are allowed to save up to €5,000 tax-free per month.

“It’s a simple statistical fact in the sex industry that the majority of men prefer younger women, and so there comes an age where even women who were doing very well financially start to see their incomes fall away rapidly,” says Post.

“At the moment, the majority of these women are forced to work more than a decade longer than they would like to, simply because they haven’t been able to save enough to fund their retirement – and that’s why we believe they should have access to the footballers’ pension scheme.

“In both cases, they are doing difficult physical work that can’t continue indefinitely. Of course, whether they are employed or self-employed, they are entitled to unemployment benefits and a state pension, but that pension is generally low, so they are willing to contribute more.”

Any tax changes will come too late for the oldest prostitutes, 70-year-old twins Louise and Martine Fokkens, who were feted in Amsterdam when they retired earlier this year, lamenting the business now had “too few Dutch women and no sense of community anymore.”

After 100 years between them spent working, Louise admitted in a documentary, Meet the Fokkens, that arthritis made work too painful, so she and Martine had a new project, writing a joint autobiography, entitled Ladies of Amsterdam.

Deaths of hundreds of elephants may have been caused by toxic algae 16:45
Downing Street denies reports Boris Johnson went on secret Italy trip 16:07
UK warned it could have 50,000 coronavirus cases a day by mid-October 12:19
Coronavirus: New Zealand to begin lifting restrictions 07:53
Hancock warns of second lockdown in Britain if public ignores Covid-19 rules 06:34