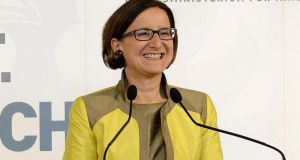 Austria has filed a legal complaint over suspicions that Germany’s BND intelligence agency and the US National Security Agency might have spied on its authorities and firms, the Austrian interior minister said today.

German chancellor Angela Merkel had defended the BND on Monday against accusations that it illegally helped the US spy on officials and companies in Europe.

Ms Mikl-Leitner said that Austria’s security authorities were in contact with their German counterparts.

“Today we have filed a legal complaint with the prosecutor’s office,” she said, “against an unknown entity, due to secret intelligence services to Austria’s disadvantage”.

The German chancellery has said it had known of the NSA interest in spying on European defence firms since 2008, even though German parliament was told in 2014 that it had no information about that.

Ms Mikl-Leitner said Austria will try to resolve the situation through its security, diplomatic and judicial bodies.

“There is no concrete evidence yet,” she said. “It’s not far-fetched to suspect that Austria was also spied on.”