Shark cull programme to be halted by Western Australia 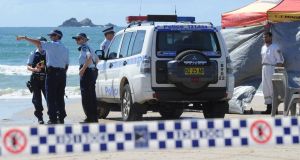 Western Australia will halt a shark cull introduced after seven fatalities in three years as the state’s environmental agency said there was a lack of proof the programme reduced attacks.

Authorities will retain the option of destroying “rogue” sharks threatening beachgoers, he said. “I know people will now probably be outraged again but my job as premier is primarily and first to look after the public safety of beachgoers, particularly over summer school holiday periods,” Mr Barnett said in the interview.

He was “disappointed” by the Environmental Protection Agency’s recommendation against extending the cull program for three years.

The cull was instigated in January after a wave of attacks threatened to discourage domestic and international visitors to the state’s 12,000km coastline, which is studded with pristine beaches.

Thousands of people demonstrated against the cull on Cottesloe beach in Barnett’s home suburb in Perth, the site of a fatal attack in 2012. The “shark cull was a flawed policy, with a heavy environmental cost but no measurable public safety outcomes,” Australian Marine Conservation Society spokeswoman Tooni Mahto said in a statement.

The decision to repeal the cull will “allow sharks to remain naturally in their environment without the additional threat of being caught on a hook,” she said.

There have been at least 974 shark attacks in the nation since 1791, 230 of them fatal, according to the Australian Shark Attack File based at Sydney’s Taronga Zoo.

The latest fatality was three days ago on the continent’s eastern coast at Byron Bay, when a 50-year-old English expatriate was attacked on a popular swimming beach.

The spate of attacks between 2010 and 2013 that led to the cull included an American scuba-diving tourist, a body boarder and a swimmer at Cottesloe Beach.

Other measures introduced by the government to mitigate the risk included shark tagging, helicopter patrols, new jet skis to boost beach safety and a smartphone application to alert beachgoers of potential threats.

Mr Barnett’s decision to implement the cull led to “personal threats,” he said today. “There are sections in the environmental movement who behaved in what I can only describe as an un-Australian way,” he said.