A new app, which has become increasingly popular with Irish teens in recent months, is being used to exchange sexually explicit photographs and to organise meetups for casual sex. The Yellow app is causing alarm among child protection experts. 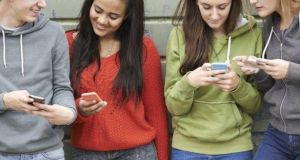 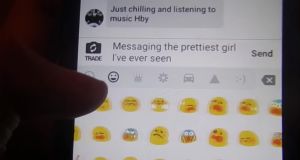 The Yellow app is causing alarm among child protection experts

A new “friendship” app, which has become increasingly popular with Irish teenagers in recent months, is being used to exchange sexually explicit photographs and to organise meetups for casual sex.

The Yellow app, which is causing alarm among child protection experts, has been dubbed “Tinder for kids” and as a potential “free-for-all for sexual predators”.

Its French-based developers say it is aimed at children aged 17 and over. However, new users are able to sign up for membership despite indicating they are under the age of 17.

In addition, there is no tool to verify users’ ages, while users – who can sign up in a less than a minute – can specify a preference for meeting new people who are as young as 13.

Warning that Yellow poses serious dangers, the Government’s special rapporteur on child protection Geoffrey Shannon said: “There is a clear risk here with a significant opportunity for perpetrators to target young people.”

Promoted as an app “to make amazing new friends”, Yellow is described by a succession of Dublin teenagers – who have spoken to The Irish Times – as being “all about sex”.

In one case, a third-year student in a south Co Dublin school met up with a boy she met on Yellow for oral sex, according to one of the teenagers.

Users of the app are asked their gender, date of birth, location and whether they would prefer to meet males, females or both.

They are then invited to take a selfie, or use a photograph from their gallery. They are then ready to “chat”.

As with other dating apps, such as Tinder, users can select people they would like to get in touch with by swiping right.

If another user “likes” them, then the duo are matched.

Photographs of girls from all over Ireland can be viewed – many of them highly made-up, in revealing clothing and striking provocative poses.

One girl, aged 14 and living in Dublin, said “everyone” knew Yellow was not used for making new friends but for “getting with” other people and sharing photographs.

Another girl, also 14 and living in Glasnevin, Dublin, set up a Yellow account to show The Irish Times how it works.

Immediately, pictures of boys all over Ireland – aged between 13 and 17 – were sent to her. A number of the boys immediately asked her to “trade” which, she explained, means trading photographs.

Voicing his concern, Mr Shannon said: “Vulnerable children could be induced into serious risk-taking, the consequences of which could be very profound. We don’t know where the people are they are interacting with.”

There was a clear need, he said, for the passage and enactment of the Criminal Law (Sexual Offences) Bill, which would help the Garda to protect children from online grooming.

Mary Flaherty, chief executive of Children At Risk in Ireland, said there “should be serious alarm bells” about Yellow.

“There is definitely a high level of risk with an app giving direct access to young people,” she said. “The other prong, if you like, is that internet service providers need to demonstrate they have proper oversight of apps like Yellow, and if they don’t they should be held to account.”

Grainia Long, chief executive of the Irish Society for the Prevention of Cruelty to Children, said Yellow’s failure to warn its users about the risks of sharing personal images is “irresponsible” .

Tanya Ward, chief executive of the Children’s Rights Alliance, said children must have the right to be “forgotten” online and be able to have the right to have images and posts posted by them, or others, deleted.

The Irish Times contacted Yellow for a comment but it did not receive a reply.