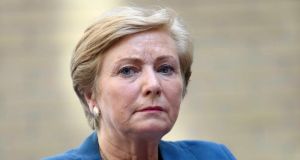 Minister for Justice Frances Fitzgerald declined to comment on the case. She said, however, that the implementation of the Protection of Life During Pregnancy Act, which began in January, would be monitored.

The young woman at the centre of the latest abortion controversy first asked for a termination in early April, when she was about eight weeks’ pregnant, The Irish Times has learned.

The family of the woman, who was refused an abortion but was later delivered by Caesarean section, is being briefed by a friend on her welfare this morning.

The friend, who is from the same country as the woman but has lived in Ireland for more than 10 years, spoke to The Irish Times over the weekend. He said the woman had been seeking information about abortion from authorities for up to three months before approaching a GP herself last month. The GP referred her to hospital.

She arrived in the State this year. Her friend, who works in a university here, said the woman had been raped in her own country and found out she was pregnant when she underwent a medical assessment “a week or two after she arrived” in the State. “She told them immediately, ‘I do not want this. I am too young to be a mother. I am not ready,’” he said. She also feared for her safety as a result of the pregnancy.

He said she was not given information as to how to obtain an abortion and as the pregnancy continued she became increasingly distressed. He was advised she should go to a GP, which she did in mid-July. The GP gave her a letter for a hospital, he said, and she was admitted. She was told in hospital on July 22nd an abortion was not possible as the pregnancy was too far advanced.

Sources within the HSE confirmed it was not aware of her situation until mid-July by which stage she was at over 20 weeks. The woman went on hunger and thirst strike at this stage and a panel of experts was convened. The HSE appointed legal representation for her. The psychiatrists agreed she was suicidal, while the obstetrician said the baby could be delivered. The Caesarean was carried out in the last fortnight.