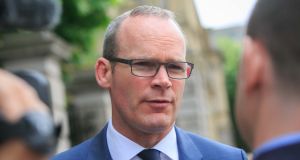 “Instilling a healthy respect for our aquatic environments at a young age and giving children the skills they need to stay safe in water is key to preventing drownings in the long term,” Minister Simon Coveney said. PHotograph :Collins

Some ten people drowned every month last year with 122 deaths by drowning taking place in 2015, Irish Water Safety has said.

Speaking at the release of Irish Water Safety’s Annual Report on Monday, Minister for Local Government Simon Coveney appealed for greater care in, on and near water so that drownings are prevented.

He expressed regret at the tragic loss of life suffered by so many families last year.

“122 people drowned in Ireland last year, equating to ten deaths every month. While it is particularly poignant that 33 of those drownings were suicides, every single drowning is an avoidable tragedy and I appeal to all to take great care when visiting our waterways nationwide.”

He said Ireland has some of the most wonderful waterways in the world yet drownings can happen quickly, silently and in shallow water.

“This is perhaps most tragically reflected in the fact that thirty children aged fourteen and under drowned in the last ten years.

“Instilling a healthy respect for our aquatic environments at a young age and giving children the skills they need to stay safe in water is key to preventing drownings in the long term,” he said.