Report shows sharp increase in cyberbullying over past year 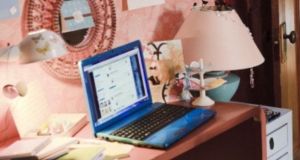 The rate of cyberbullying has increased sharply over the past year, according to a new report from the National Association of Principals and Deputy Principals.

The association will call on the Government to develop a national cyberbullying policy after the survey found 16 per cent of students have experienced bullying online (a 33 per cent increase on last year).

In the poll of 1,000 parents and children, some 9 per cent of young people said they had bullied another student online, up from 5 per cent in 2013.

The director of the principals’ organisation, Clive Byrne, said the “disturbing” findings provided valuable insight into the growing prevalence of cyberbullying. “The findings are quite disturbing because despite ongoing media attention around the problem, there has been a 33 per cent increase in students reporting to being victims of cyberbullying compared to last year,” he said.

The report found that while 16 per cent of students admitted to being cyberbullied, only 12 per cent of parents reported being aware their children had experienced online bullying.

The results mark the launch today of the association’s anti-bullying month, which runs throughout March.