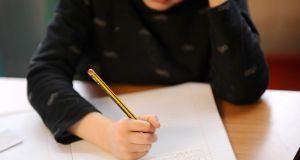 The proposed programme for religions and ethics in primary schools was designed to banish expressions of faith from the classroom, a prominent Catholic educator has said.

Rev Prof Eamonn Conway described the new Education about Religions and Beliefs (ERB) and ethics programme as the imposition of “an inherently secularist approach to the study of faiths” which seeks “to banish specific expressions of religious conviction”.

He found it “bizarre” that “a faith-based school would be required to offer what is essentially a secularist understanding of religious faith,” which he said was “proposed, at the request of Atheist Ireland”.

Fr Conway, the head of theology and religious studies at Mary Immaculate College of Education in Limerick, described the Forum on Patronage and Pluralism, which recommended the ERB course, as “a subcultural secularist elite of education policy makers, politicians and media”.

“We cannot simply accept the notion that is becoming prevalent that our personal and private lives as educators do not matter, only your expertise and competence.

“In light of this, proposed changes to section 37 of the Employment Act need to be considered very carefully.”

Fr Conway was speaking in Dublin yesterday at an event on denominational education organised by the Iona Institute.

Describing secularism as “antithetical to visions of the human good in general”, he said education demands by Atheist Ireland “bear a remarkable similarity to the general thrust of the recommendations that came from the Department of Education and Skills’ Forum on Patronage and Pluralism”.