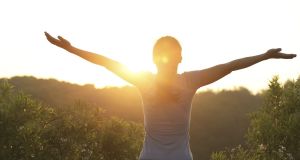 “A faith that preaches resurrection, glorification and redemption needs to advocate the body as a perfection and not as some flawed, baggage-laden, expendable, replaceable, ugly thing.”

The church is the mystical Body of Christ. The word body is used as an analogy for most associations. We have heads of families, organisations and departments and regularly refer to the membership of a group as a body.

There are two aspects of the analogy that have great effect.

The first of these is the simple fact that the heart is not in the head.

We have come to understand that the head is an administrator that directs everything and regulates the entire body. In a sense, we have decapitated ourselves and see some distinction between the head and the rest of the body because we like the “them and us” view of the world.

The head is not a separate entity that rules the body; it is inextricably part of a single unit. Its loss renders the body useless but it is far from unique in that. There are many other vital organs in the body that work quietly in the background.

The head is as dependant on these as much as they are on the head but that is easy to overlook. A body is a single harmony.

A body also contains certain parts that are not considered vital and we treat these as expendable.

This makes the body-image a weak analogy for a perfect church but is a good description of how certain parts of the body are easily dismissed, like nail-clippings, routinely dismissed, like tonsils or regretfully dismissed, like limbs. The analogy loses its strength in a culture where we can surgically replace most of the vital organs.

What weakens the concept most is simply that we do not have respect for our bodies. We never did and have compared capital punishment to medical amputation; killing one part of the body for the sake of the rest. The medical amputation of a finger is hardly comparable to a decision to kill.

In the Genesis story, the first act of Adam and Eve after eating from the tree of knowledge was to hide their physical nakedness. The first fruit of intelligence was self-awareness. That quickly descended into negative self-consciousness and the body was forever after to be a burden. The more intelligent we became the more we learned to hate our physical selves and, so doing, wandered further and further away from Eden.

The body, as we hate it, is a good analogy for most human organisations.

Politics, economics and social structures value and discard people according to their will. They are free to choose who is in and who is not. They decorate the external but pay lesser attention, if any, to the internals.

These associations reflect the contemporary view of the body and are confusing when applied to church. A faith that preaches resurrection, glorification and redemption needs to advocate the body as a perfection and not as some flawed, baggage-laden, expendable, replaceable, ugly thing.

In the coming weeks we will see the political world undertake the task of the church.

They will extol the value of the unobserved, champion the care of the weak and defend the integrity of the individual. Those bodies will rest after polling day but the mystical body of Christ must never sleep.